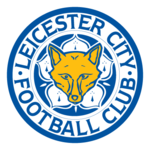 Machiavelli said something along the these lines :
The only way the mynority can rule the madjority is through force or guile, the methods of the lion and the fox.
This gives me another insight into the Samson story. It perhaps allows us look at the merits of both.
While the lion rips and rends it cannot do this indefinitely. At some juncture the 'lions' began to feel pity and compassion for those it attacks. Thus war under these conditions has a relatively short duration, the Bold War.
Using the Foxy Way war can exist without people really noticing it and can then last longer - the Cold War, the Old War, the Sold War, Low-intensity conflict.
If a lion wants your chickens it has the strength to break down all the little fences surrounding the cooped up. A fox is eminently defendable against so a defence industry makes sense. Now people rarely have to go to war but stay on standby. If the fox has not yet broken in it stands to reason that it will attempt to find a way in to catch those chickens now mortgaged to the hilt to pay for the defences. So the chicken in a cage people build e'ermore complex defences based on the probable cause of the Fox ever improving his offence. Lack of Fox means the defences work, but evidence from a chicken dressed as a fox says the enemy is even now constructing weapons of myth destruction. As the defences complexify the chicken littles find it difficult to get out.
PKDick writes a short and long story on the population living underground while a false war rages above ground, beamed to them from above by the humans own robot slaves.
Finally the chickens vote for a fox to rule them as that seems the best defence against the wider Fox Populus.
We as humans have often used the press to keep the foxes in check by reporting on world activities and have invoked the FoxNewsNetwork [ and ChickeNeN] to inform us based on the premise that as they , bedfellows of corporate politicking, know them so well they'll be able to find out more about them. They continue to tell the public that the foxy terrorists have hidden in specially constructed dens. Luckily the allies can call upon the great Eagle which can see all this from very far away. The UN suggest peace but the foxy eagle says this sounds like You-hen.
In the words of a well-known Hip-Hop combo ' Breaking NYCs and crashing large jets, and cashing large chicks'
The Machiavelli reference comes from a book titled : The New Elites. George Walden [ Penguin]. He adds -
'Today we have the foxiest elite ever: one that rules in the people's name yet retains the lion's share of power.'
News from Newspaceman
As Newspaceman comes from the UK he elicited the FOXES GLACIER MINTS connexion. For those perhaps unfamilair with them these minty sweets have a logo of a Polar Bear atop a glacier mint. In the 80s the TV ad campaign featured a yapping fox trying to dislodge the ponderous bear [ I have likened this bear and its slower, more thoughtful character to Gordon Brown, accurately or otherwise, and the Fox to the yapping press and shrill common-'taters in the memedia, and Blair]
The company started in the early C20th by Eric Fox was located in Leicester which itself, due to foxhunting, has great connexions with the Fox. Have a look at Leicester City Football Club's badge - A fox backed by a 5-petalled white rose. As I've written before Madeleine McCann hails from Leicester. In the July 12[I think] Daily Mail [UK newspaper] a front-page photo of Madeleine appeared under the banner ad for a video of the battle between Monty and the Desert Fox [ Erwin Rommel].
Posted by aferrismoon at 5:21 AM

Without doing the modesty shuffle I really enjoy it. And as U know [ fuck Ma Baker is playing on this cafe's sound system], any 'magic' comes from those to which I have connected. The environment [ all that's not me] has these nodes [ the other blogs] which refine all that I express. How the fox would have remained hidden in it den while Samson took the starring role had not U secretly tracked that little foxy [ and I think b4 the Samson article had leaked] across desert,sky and telegraph.
What inspires me is that we humans can communicate this [telepathically ?] across time and space. Ok so we're influenced by the same sort of subject matter but still..........
the crop circle ...faaaaar out
Antero Alli wrote in a book :
First we called it COINCIDENCE
Then we called it SYNCHRONICITY
Now we call it SKILL