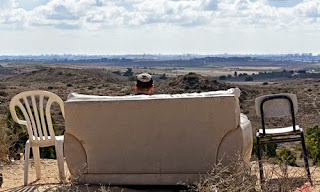 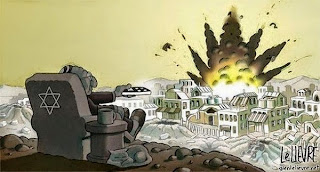 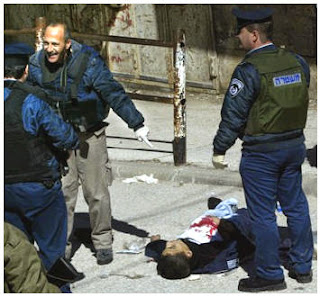 A cartoonist at the Sydney Morning Herald drew the above cartoon based on voyeurs getting comfy watching some people being bombed to death. Some indignant lobbyists in that part of the world condemned the cartoon, and rather like the tanks and planes , strafin' an' a bombin' innocent civilians to death and mutilation, they bombarded the Sydney Morning Herald into a grovelling apology.

Wonder if the Herald will publish the laughing child-killer above?

A Cartoon from the real Jewish Lobby 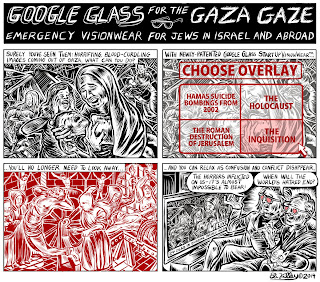 The Herald cartoonist is inaccurate , the man on the sofa is using 'Gaza Google Glass' and projecting 'Jewish suffering' onto the valley below......I think.

Photographs of the many Palestinian children murdered by cowardly soldiers and politicians [ at arm's length minimum] are horrific and so I haven't added them to this post.
Posted by aferrismoon at 12:54 AM 4 comments: