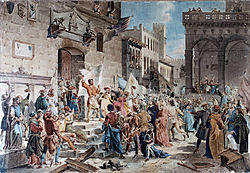 I wonder if over the next few weeks , before the new PM can sign Article 50 of the Lisbon Treaty, that the media will persuade the public that the UK should not leave, which may or may not be a good idea. The point will be that the votes cast don't count if the MSM and their political actors don't wish them to, but it will look like the people have decided that that is what they want.
Posted by aferrismoon at 4:07 AM 13 comments: