The Grand Algorithm of the Universe has been organo-robotically churning out eVents, replete with 'stand-out' images of vicsims, propagators, disinfoes, shadow-peeps cobbled together and flung into the frontal lobes and hypothalamus - hitting the fear-hate-revenge 'buttons' that will grease the palms that fight the wars that solve the problem that ever-morphs to be fought again [angelina] jollied along by earnest, objective voices emanating out of a cavity , just shy of the sphincter, called death-journalism [ garnished with glib regret].

So straight outta Syria - things not going super smoothly as the naughty, naughty, bad-bad, Rooskies and China people won't let the 'westerners' wipe out a few thousand innocents and plunge their country into chaos.


A famed embedded war journalist / propaganda agent Marie Colvin has been reported killed in Syria. She , like many agents, entered Syria illegally and then reported on the violence there in the typical one-sided emotional-demonisation tactics that , for example, the people of Libya recently received , most of whom have no connexion to war other than being one day set upon by the forces of democracy [ the totalitarian kind ]and who now go about their daily business as best they can in a sort of daze, family members missing, never to return home.

One day she said:
" For my part , the next war I cover, I'll be more awed than ever by the quiet bravery of civilians who endure far more than I ever will. They must stay where they are; I can come home to London "

Someone stirs the shit and zooms off tout-de-suite while others have to stay and bear the brunt of the results of her propaganda - e.g: either getting attacked by that country's defence forces, or by the over-flying freedom bombs or by the resistance who could , in peace times, be a criminal organisation trafficking all and sundry, but are now renamed ' Democratic Freedom Resistance Saviours who will get a pre-arranged chunk of whatever's left.

Then she is presented with an award.


Which is why her one-eyed pirate patch iconomy suits the present pirate-like actions of the Forces of Media Democracy.

" I know what's best for you " , she reasoned , allowing herself a proud, but modest, smile as she surveyed the great work. 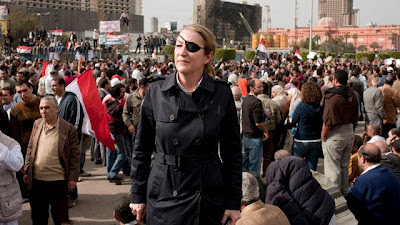 This photo is staged , its theme , a sort of one-person saviour standing imperiously above the poor ranks of unfortunates [ whom we , in our compassion, will liberate ] was taken , rather conveniently, not long before her reported death.

On second thoughts looks like it was taken in Egypt so sometime before she 'died'.


"Colvin worked in the Balkans, where she went on patrol with the Kosovo Liberation Army…" but they were only hiking and bringing freedom.

The KLA has been touted as basically a criminal organisation legitimised as an army while Kosovo is alleged to be little more than a centre for human and drugs trafficking in cahoots with the UN stationed there, of which Angelina Jolie is a 'goodwill' ambassador , famous for quite violent and murderous film roles, Mrs and Mr Assassin or some thing

Celebrity Genocide enabler Angelina Jolie went near to the Syrian border in Turkey last year, in June, to check out a refugee camp of Syrians where no filming was allowed. lately she says that the 'world must intervene' in Syria. 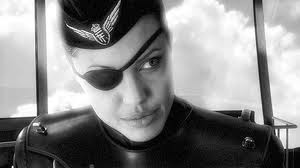 Here she is in a film with an eye-patch like the 'interventionist' journalist above.

Of late blogger 'The Whistler' noted a recent swell in pirate imagery:

rosaleen-thewhistler.blogspot.com/search/label/Yo Ho Ho and a Bottle of Rum - Sea Shepherds Are Cut Down to Size 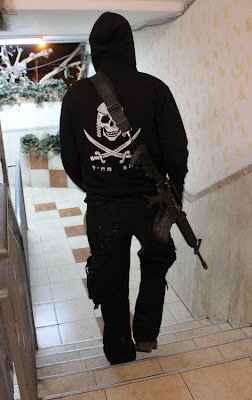 Below a photo of a reporter injured in Syria , we think, by the name of Edith Bouvier. A rather famous name, Bouvier, meaning a 'cowherder' and of course glamourously attached to Jackie Lee Bouvier Kennedy Onassis Tempelsman, wonder-woman of the modern age. 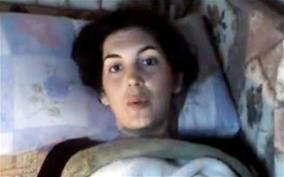 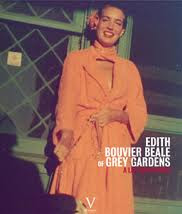 Later in life they were both the leading ladies in a film about their health-hazard of a home - Grey Gardens, where they lived with myriad cats in aristocratic squalor. 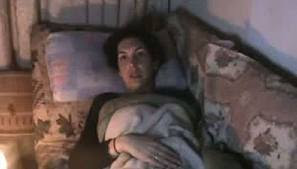 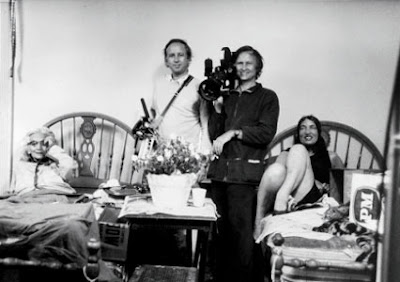 At present Libya has transformed into a scorpion morass, putrifying in the desert heat, though the goodly reporters have finished with that now, now that its in chaos, disoriented awaiting a modicum of imposed order. Reporters will return and effuse about how the country has transformed, glibly spieling forth superficial sentiment in that self-congratulatory tone that implies they should be raised up and bowed down to.

There are other reporters , 'gelic voices of clarity, who , despite their natural tendencies, feel the need to demand the imminent crushing of fragile bodies for the most altruistic of reasons.

This post notes the 'silence of well-paid lambs' and the messianic righteousness of one Alan Dershowitz, a garrulous golem:

An update - pic: Colvin and people with guns displaying the 'peace' sign in Libya. 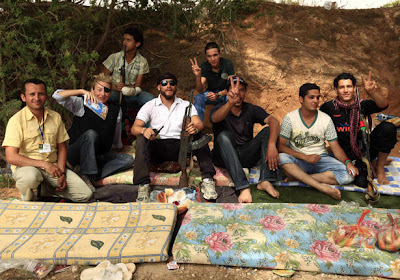 Roughing it in the desert with freshly-laundered clothes, and some reading material , for those quiet evenings sipping a glass of Chateau Le Bon Plonk 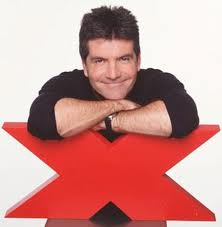 Reading a bit about the beginnings of Scientology I acme across this passage: " In 1938, in an unpublished manuscript Excalibur, he [ L. Ron Hubbard ] delineated the common denominator of existence as "survive" and outlined the theory that "life is composed of two things: the material universe and an X-factor...that can evidently organize and mobilize the material universe." This fundamental concept was to be the basis of his later researches for both Dianetics and Scientology. "

reminding me of the ubiquitous, like-a-rash, talunt show title , the 'X-Factor' which organizes the 'material' of fraught attention-seeking sorts and then mobilizing them into all kinds agenda-dripping situation. 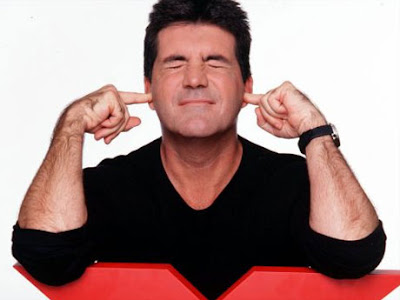 The show tries to find the talent nestling within ordinary folks who are judged by super-folks. Apparently the show swings between intense emotional happiness, through crying for no reason doused with glib critique, + the de rigeur elevated spite followed by the audience screaming in mockery , laughing at the night's cowering victim. ' Burn them hahaaaaaaaaaaaaaaa!!! '

Some may see a connexion between that and the 'personality test' administered by Scientologists when looking to recruit , uhhhhh, talent.

Apparently most results are negative thus requiring improvement via Scientology, at your expense. Organs such as Scientology seem to work on the newcomer by stripping the personality of its past and then rebuilding along 'good' programming.

Some will deal with their 'unacceptable' ratings in different ways.

I assume most joining such organizations feel less than happy about themselves and require a sort of exclusive , group stability based on the same programming.

I wonder if they practice the personality stripping scenario with contestants who do well [ i.e.: 'get chosen' ]on 'X-Factor' , just to make them ready for the rigours of 'show-business'.

The creator of 'X-factor' seems to be one Simon Cowell , perhaps so-named for his trademark 'scowl'.
Perhaps he wears a 'cowl'

He calls his company SYCO which I assume stands for Simon Cowell , though replacing the 'i' with a 'Y' lest it should read ' SIC[k]O ' 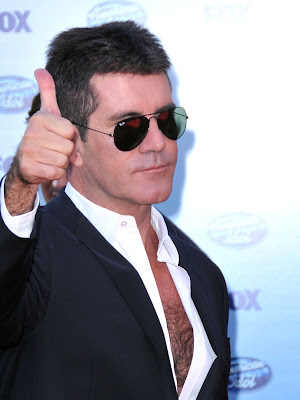 'Syco' may well be short for 'psychopath' -

'Psychopathy (/saɪˈkɒpəθi/[1][2]) is a personality disorder characterized by a pervasive pattern of disregard for, or violation of, the rights of others. It is defined in different ways, but can involve a lack of empathy or remorse, false emotions, selfishness, grandiosity or deceptiveness; it can also involve impulsiveness, irritability, aggression, or inability to perceive danger and protect one's self.'

An essential for prospective 'winners' perhaps - this thread melds scientology, x-factor and lying together: 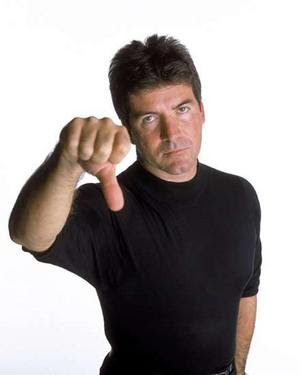 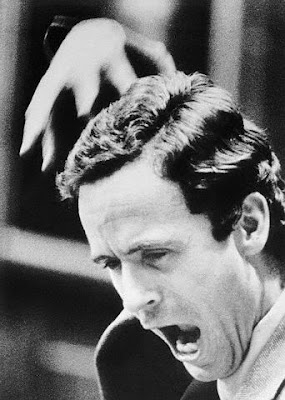 Simon shares his surname with Theodore Robert Cowell [ after his mother] better known as Ted Bundy, a prolific killer amongst other talents. He adopted the name of his mothers second beau - Johnny Culpepper Bundy, a hospital cook. Neverthless some wonder if he wasn't related to the more well-off Bundys who pepper US history. 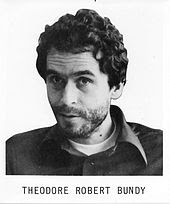 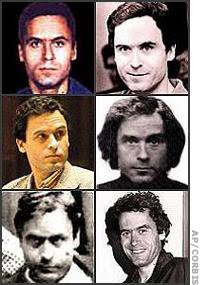 Allegedly he would 'change' in appearance throughout his trials, his smell would alter, facial features looked different. One judge apparently referred to him as a 'changeling'. He administrated a number of personalities, a requisite for 'fooling the public', gaining their trust and their 'consent'.

Like television and Pop 'person'alities , there's a whole lotta 'hoodwinking' goin' on!

Next pleeeeze!!
Posted by aferrismoon at 6:46 AM 17 comments: