I SCREEN YOU SCREEN

The legalisation of Marijuana , Sweet Mary-Jane, Pot, Grass, Weed, Dope, Wacky Bakky, Chronic, Skunk; the media machine has granted its production and distribution for the general public.
Since it illegalisation it has been promoted as a medical wonder that relieves pain in those with CHRONIC ailments. Now it is to be distributed to all. The implication is that mankind is in so much pain that ingesting a plant , most it seems will smoke it, will take away that pain.
If one uses a painkiller to take away the pain it obviously becomes addictive until the origin of the ailment is removed. Thus marijuana for pain relief must be 'addictive', despite the 'scientific proof' that it is not. One of the reasons for promoting 'weed' is that it isn't addictive. The machine metal mind that sustains consumers does not care whether its addictive or not, once people buy it repeatedly the result is much the same. Inculcate it into the marks' lifestyle and hey! presto, they will demand to be associated with 'chronic dopeweed'. This is why the corporate musicians were used to promote it via their repetitive-4-chord, nod-nod rhythms while they entwined , like a vine, with freedom and liberation. Commercial reggae was used because of the association with black people as slaves who are freed by ganja and repetitive trance-like beats. Rock music used the whiteskin jesus-lookalike longhair who took listeners on a screeching soul-trip to the stars. Both genres essentially enslave youth in nod-nod, smoke-filled atmospheres, united in their desire to be isolated by plant-based and synthetic ideologies - grinning.
Humans may be used by both plant [nature-reproduction] and metal [ money, weapons, digital language, media] to further their genetic electro-genetic pattern.
Machines fill the world with more machines which herd humans into further machine-making and the production of nature-based chemicals to ingest, ingestion of which channels humans into lifestyles in which machine and reproducing nature control omni-humanity's lifetime.

Uncle Sam is a warmonger. The Uncle Sam cartoon-poster-propaganda personality points at you, yes you, and says that ' WE [ collective humanity] NEED [ requires and essential for life ] YOU [ whether you like it or not. And by 'YOU' the poster implies 'you who are alone and standing in the way of the collective humanity 'behind' the poster].
'TO STAND UP[ be counted , don't be the last one to stand up or you'll be seen. Stand up for yourself you sniveling, cowardly non-person wretch]. FOR YOUR RIGHTS [ implication - your right to take marijuana, mostly be smoking. Implication 2 - you're such a weak-willed, lily-livered non-person that we good people have to tell you to stand up for your rights as you are so pathetic etc., etc. ]

Uncle Sam here is GREEN, because green means good for the environment or mama nature, or eco-friendly.
Unco Sam would also like that you sit back and don't complain about the drone-screen-machine-war on humanity carried out by zombified humans with deep-screen, torture-tolerant, meta-programming. 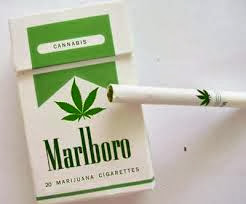 You can avoid smoking marijuana and bake cakes and other foodstuffs but smoking is a far more effective delivery system and , despite health warnings, delivers tobacco to millions of people every hour.

Marijuana legalization benefits tobacco companies far, far more than it will ever benefit their customer.

Some say that it will stop people ending up in prison for a non-violent , victimless crime.
The US has a privatized prison service - replacement criminals will be found. In fact they could still be the free-to-use-maryjaner arrested and imprisoned on another non-violent crime such as stealing food while on the 3rd strike and receiving 25years , or life, while corporate thieves rake in crookedly-but legally acquired billions, creating financial crises to increase stress levels among humans leading to criminal activities or isolation-insulation via routine drug ingestions, and then they are given insane, unspendable bonuses which are flaunted and then written up as 'well-deserved' and awarded 'person of the year' celebrity go[l]dhead status.

It is also mooted that it will take income away from drugs-cartels. marijuana is now too bulky for drugs cartels - illegal business thrives from getting as much profit and control from as little of the product as possible. Marijuana is to the drugs cartel what the giant computers of the 1950s are to the tech companies of today - obsolete.
In Mexico the government is battling vigilantes , non-criminal citizens of Mexico, who want the deadly cartels off their streets and lands. The citizen-vigilantes have been asked to lay down their arms. The government seems more protective of the cartels' interests than once-peaceful non-criminal, non-tax-evading citizenry.
Many people think government and crime go hand in hand and as such the tax from marijuana will go into criminal government coffers. 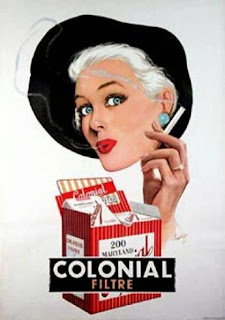 Sub-Vertising often focuses on the HEAD alone. Pot-heads or jus' plain ole' heads, shucks could even be deadheads. 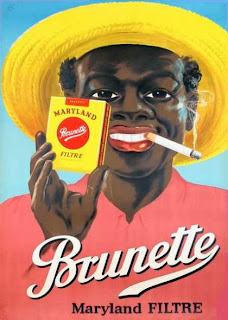 "The planet Earth is evolving from a world of life and human beings, organized socially in nations and civilizations, ruled by verbal ethic languages (laws, religions) into a world of machines, ruled with digital languages (money, science) and organized socially by the ‘company-mothers’ of those machines, corporations that form together the complex FMMI system with a head in ‘world-stock” .

Adam Curtis in the documentary ' CENTURY OF THE SELF ' notes that Edward Bernays was approached by the tobacco companies to solve the problem of women not smoking cigarettes. Women smoking at that time [ early C20th ] was looked down upon. The Tobacco companies looked down upon not being able to access that mark-ette. Bernays suggested combining female smoking with female liberation and got a gaggle of classy gals onto the street to light up and liberate while frenzied photographers and reporters turned it into front page news. 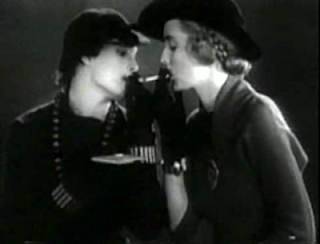 Again in the early C21st we see 'potsmoking' and 'freedom-liberation' in the same agitprop-popart programming. The 1960s clamped narco-ingestion firmly with liberation theology, the core of the 'love' movement spun around the 'Do what thou wilt'-OTO-Scientology-Church of Satan-Process Church-The Children-Pop-Crop-Death-Cult-Dysfunction-Instant Gratification-HeadOnanism-Anti-Mentality.

While your head spins they spin propaganda into you. 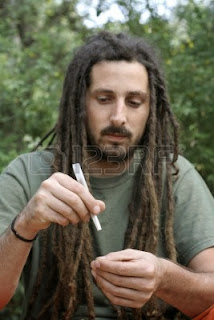 Liberated cool-babe-love chick. She go choo-choo " like a train'. 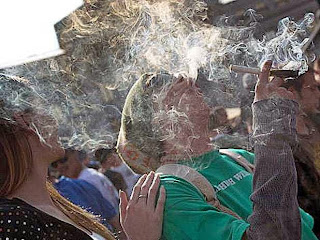 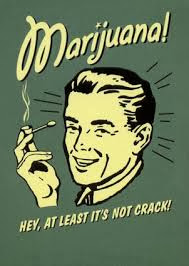 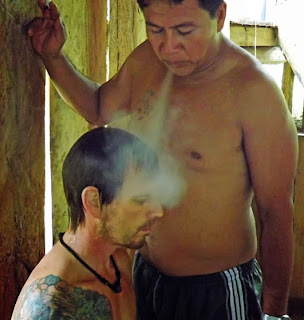 Submit to higher authorities. The Sub-Dom activity in the photograph is an Ayahuasca ritual , submitting to the master and the sacred vine
Smoking is Sacred shamano-propaganda - that is priest-master [ of ceremonies] whose programming you 'follow' or 'go with the f[o]l[l]ow' as he fills your body with chemicals and suggestions your weakened state cannot resist. Remember to call him MASTER [ Me-Stir] as he is your master and you are a small, defenseless child-cub who is perpetually in need of life-actualisation, direction, and release from TRAUMA. People generally go to brainwashing ceremonies after programming by society and 'friends' that they are essentially inadequate but for a small fee handing your inner psyche over to a plant and a sham-man….life WILL [ perpetual future ] be better.
After the TRIP that RIPS please take in some cool films that will syncrometastise your ME-self to the diVINE entanglement. 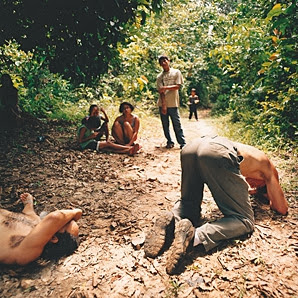 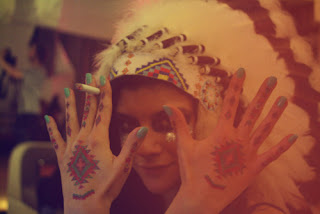 Take on Roles when you smoke to validate it as ethno-retrieval magic-memory, download spirit beings which will GUIDE you. 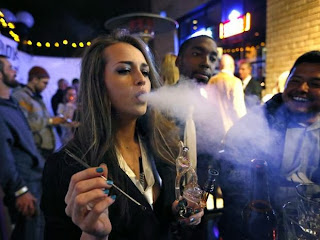 Note the long-time-sold expensive accessories , the BONGGGGGG!! Bong for a Belle. 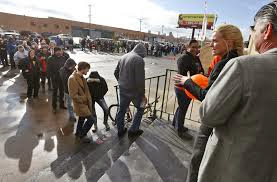 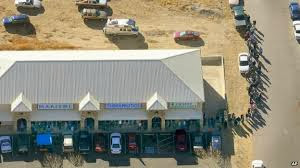 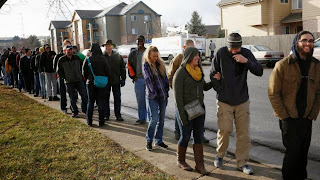 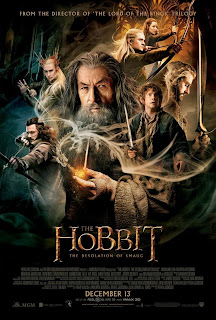 LORD OF THE SMOKE RINGS

The burning pipe plays centre stage, held by the very old and wise Gandalf , who suffers no smoking-related health problems. He has created a smoke dragon that lights his pipe, doubtless the dragon of the title codenamed SMAUG, a corruption of the word-sound SMOKE [ SMAUK ]. 'K' in Slavic languages is often pronounced softly to sound as a G.

The Polish for Dragon is SMOK.

Gandalf blows smoke rings which amaze children , a percentage of whom may attempt to make smoke rings themselves with the help of Philip More-Is good, and they will feel companionship with their elders who have fought for years to reclaim their right [ kingdom etc ] back from the evil sorcerers who made their strengthening wonder-weed illegal.

The mass of humanity is represented by the ORCS - ugly, violent, unintelligent

Pipe-weed is a tobacco strain grown by the Hobbits. Many children and teenagers visit enormous screens that have projected on them giant faces of the heroes and villains. The noise and the total immersion of modern High-de[a]f cinema environments replicate immersion in shamanic ritual - words like tobacco-pouch or pipe or smoking can be inserted into the PLOT along with gratuitous images in situ.

Some of the vocabulary and ideas in this post are shamelessly derived from:
"Sciences Predict & Control the Cycles of its Species to improve Human Life"
which Is linked by A13 to this post -

SIXTO DIAZ RODRIGUEZ - Sugarman
Posted by aferrismoon at 7:59 AM 14 comments: 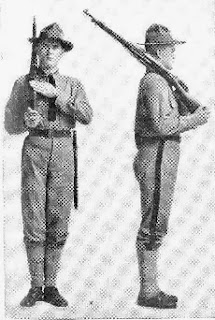 The half-reverse Nazi Salute aka La Demi-Quenelle
{Weaponised version}
Posted by aferrismoon at 8:13 AM 5 comments: