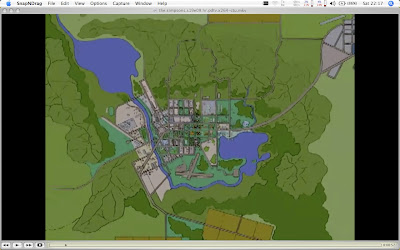 From The couch scene in this ongoing Simphonium we get the Satellite shot which actually gives a geo-graphic location to Springfield. Ample water for Springs, a city-grid pattern and the asymmetrical X of the airport runways. Tentatively I link this to the Circle - Squared Grid Puzzle that The Blob has injected into the synchro-scene, which , by its very elusiveness, garners mon appetit. Anyhow perhaps the animation is based on a 'real' place, my guess is Shangri-La or some other high plateau, mountain-midst place of ageless sanctity, maybe BeloVoda. 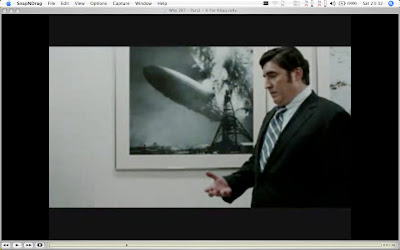 In a vague attempt to link things together I rewatched a few of Jake's and Steve's vidz and in the YK2 erstwhile Synchro-actor Alfred Molina veered forth with a still from the film about faking Howard Hughes' biography which was a theme later spun into more flummery and light, scamera, hacktion with Orson Welles' F For Fake. In the backgroud the Hindenburg. Though its demise wasn't faked the folowing investigation and consequent villification of Hydrogen as a fuel may come under wholesale fakery, the type that the Howard Hughes story, with its vulgar sensationalism, is bound to subvert and obfuscate. Then of course we can ride around in petrol driven chariouts while Keroseneing the skies and rocket-fuelling the fuck out of the OZ-1 layer. Senor Molina appeared in the TRIALS OF OZ, an obscenity trial in the UK in the '60s and of course is memorable as Doc Ock from Spyderman. 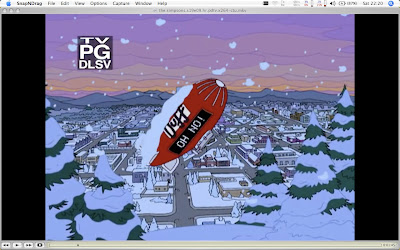 The Duff Airship dies. Part of the link to synchs but the Duff-Zeps been around a long time. Here it dies with a whimper and no flames in sight, just a silent LED Oh No - going down like a lead zeppelin, plum[b]etting
And Ricky Gere , here the faker, there a supporter of K2 resonant Dalai Lama, standing in front of Buzz 'The Bee' Aldrins monatomically golden vizored Moonpose 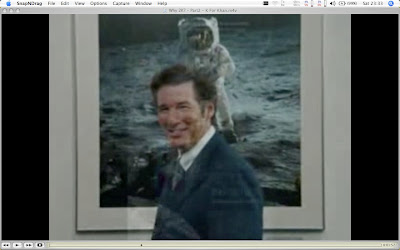 Buzz looks a little reminiscent of the TINMAN, wonder how long he's been reliving 'fake' moon-landings for the Gen-Pub. Respectfully Mr.A, I haven't a clue about the Moon or Not Landings, but with a name like Buzz and the incredible amount of fakery out there I gotta keepa no-pen mind. He also seems a bit like The Charioteer from the Book of Thoth.
Posted by aferrismoon at 7:23 AM

Thanks so much for this one of all the conspiracy tales i have looked into over the years the Moon fake is my favourite....

I have sat inside a LEM when i was in the space camp and I have also used the impossible landing simulation that nobody I repeat nobody could land...by god it was funny watching people try...