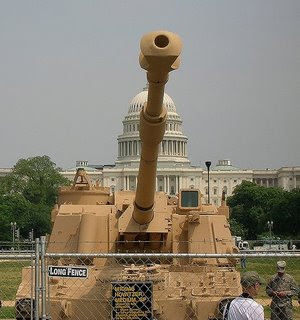 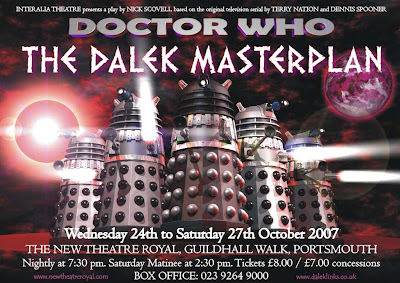 Realm of Connections , sort of Syncro-security observer, evaluates security build ups on the shores of NAU. He has photos. The Whitehouse/Tank photo has great similarity to the ultimate enemy - The Daleks. No more perfect form of totalitarianism exists except perhaps Universe itself. Have they taken over, time travelling as is their wont. A Doctor Who series earlier this year had them building an NRG device atop the Empire State in the Great Depression.
the daleks got their name from the Slavic word - dalek meaning far away
The Doctor who episode = Daleks in Manhatten
Posted by aferrismoon at 6:08 AM

Not to mention that the vision for the top of the Empire State building was that Zeppelins would use it as a docking post.

I just looked up the netfix selection and bingo there's
DR. WHO, lots to choose from, once I finish the Highlander series I'll begin DR.WHO. I'm guessing there is quite abit of tid bit info involved in this series.
Peace, Joshua

Hi Josh - This series goes back to Nov23,1963, so please, I beg you, do not attempt to watch them all, unless of course Martial Law breaks out.
Michael - Many things in Dr.Who prove tongue-in-cheeky. In the this series the Daleks mutate to evolve, lots if inner conflict for them
F23 - yes that ESB-Zep link tickles a tiny tuck of memory