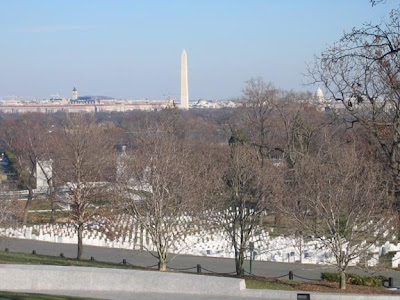 Looking out from Arlington Cemetary [ ArC] the horizon bears an obelisk. A 'ancient' landmark found relatively often in the youthful land of America. This part of town , the resting-place of JFK while Lee Harvey Oswald rests in Rosehill Cemetery, Arlington Tx., Oswald buried the day before Kennedy, Jack dieing 2 days before Lee.
In the comments to my last post WiseWoman focussed on November 18th. On this older marker on Oswald's grave the 18 from his birthdate leads in to the November of his passing.
Another to go, awful young an' all, was Tutankhamun, the boy king. His burial , internment, bier and mummified body are perhaps the most widely travelled 'dead man ' in history. Now we have a face , a tad pale for Egypt I feel, to go with the blackened mummy 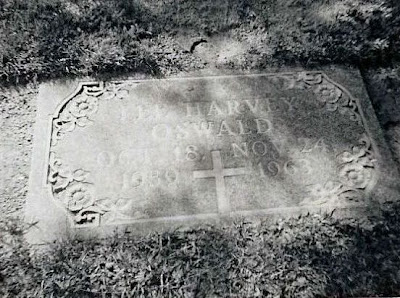 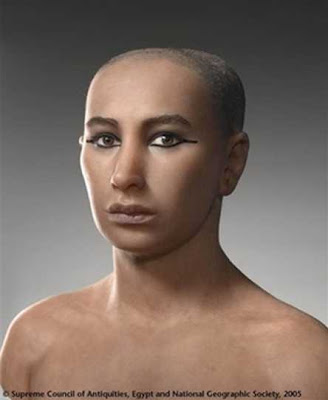 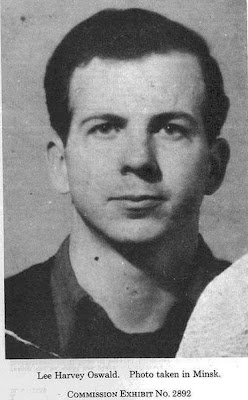 So, on Nov.22 [ JFK death] Nov. 23 [ Dr Who begins] Nov. 24 [ LHO's death] Nov. 25 [ LHO burial] Nov.26 [ JFK burial] in the year 2008 - 45 years later Tutankhamun - Sun God- King extraordinaire will rest with Sun King JFK and his High Priest Oswald [ the Egyptians often buried those important to their kings with them - something to do with secrets]. Jesus' 'assassin' Judas was offed pretty quickly [ don't think he even had time to write a statement]. A couple of weeks earlier someone will have won the Presidency - I'll go for the most Egyptian Sun-King lookalike to take a trip to DALLAS celebrating a new era for America, praising JFK and doubtless having a look in on the DNA source for our politicians/actors. Ever wondered why they're all 'related' - all cloned from Tutankhamun -[ trust me , I'm a synchrodoctor] 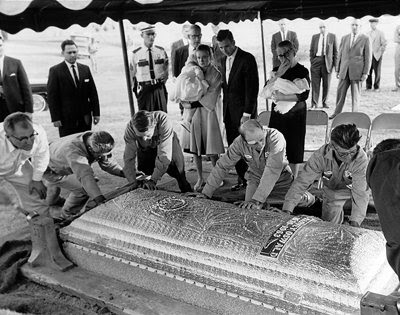 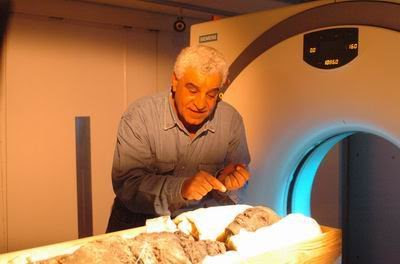 Now a bit of minor cynicism - Tut's body is 3000 years old and we know incredible amounts from his mummified corpse. JFK's autopsy - a miasma of folklore, half-truths and blinded faith. Unless ............
From November 22 to November 24 of this year , a series of events , a ritual if u like, will take place. Tutankhamuns body will replace JFKs in Arlington , below the Eternal Flame - Oswalds will be wrapped in linen and placed in Tutankhamun's Sarcophagi while JFK 's will be taken to Ground Zero in private ritual and buried in the foundations of the Freedom Tower.
Oswald will be accorded his 'kingly' status.
There will be a grave empty , that of Oswalds

Below , Jackie Kennedy and her children adorn her husband's grave, a tumulus , slowly pushing , emerging , from the ground, These tumuli developed into fool-blown pyramids. JFK has gestated and will remove to the Island of MAN-HA-TUM - Tutankhamun will breath life into the Eternal Flame, Lee Harvey Oswald ...will travel the world 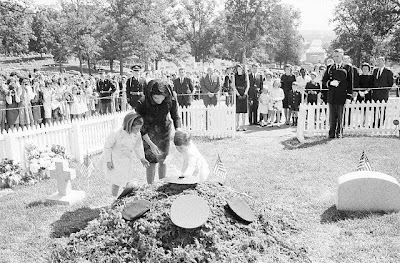 Posted by aferrismoon at 6:47 AM

I couldn't help but notice the Sputnik date again - Oct 3 with the added day of Leap Year is to my non technical mind, Oct 4 - the charioteer's (Heston) Birthday.

I am quite taken aback.
I just had a look at your other blog site - don't ask me why but because I didn't recognise the word, & you're in the Czech Republic I sort of assumed it was written in Czech - doh!
I was stunned by the references to both the chariot & the astrological sign of cancer, as they seem to keep coming to mind whenever I post a comment on your sight.
A little bit spooky

Cheers Michael & WW
In my professional opinion this seems to be the only reason to go through the madness that = fame and money.
At some level of societies 'drugs' become more powerful. Instead of 'speedballs' these guys and gals are tooting Lenin and whatever they can scrape off the 'shroud'.
I will have to deal with CHARIOKTO at some juncture, it's parked with a wheel off t present while myriad Chariots speed by on the synchro-trail.
Sputnik - travelling companion. I wonder if the word 'putni' relates to Putin who may be a hidden Rasputin.
Charlton , definite charioteer
Cheers

I love it when synchro searchers make predictions. I think we're finally getting to a place where we can do that. I'm calling out April 20th because of a Rolling Rock Ad, as a date to watch.

Please follow up on this. I'll also keep my eyes peeled.

Awesome, Ferrie. Those 17s are very important too. Who is Tut? He's the king who restored the old gods of Egypt after the monotheistic heresy of Ankhnaten. Interesting that its HIS tomb that was found.

Ponder that for a while.

Cheers Will -
Yeah, call out those predictions, Atlantean Times even does synchro-betting.
I've had a couple of 'hits' with Obama, also someone posted me a pic of him face to face with Tuts mummy.
Sun- I shall ponder that a while.
Philadelphia is also an old name for AMMAN, capital of Jordan.
Does Tut have GPS I wonder
Thanks for reminding me that he restored the 'old' ways - great one.
A Mr. Ferrie was part of the JFK investigation, a CIA man no less, hung round with Kerry Thornley