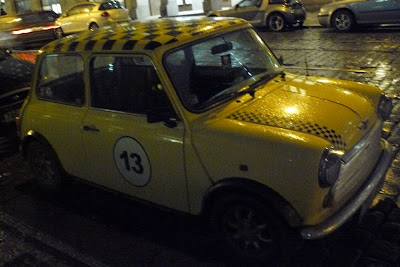 Ch = The 8th hebrew letter-number, pronounced as a hard H, lends itself to the H-pillarmid synchs.The shape of the the Hebrew letter = the H without the projecting roof-top columns. It rules the Chariot card , the armoured Charioteer invokes the Tinman's rebirth.
The card is influenced by the Crab-Cancer-Carcer-the Prison, see the post below for further cells in this symbolosong
The 8 opens out into an H and vice-versa.
I wanted to use this in the article ' your life is irrevocably human. Ergo sum...', but what the hey!. The article contains reference to B-13 now surfacing as a film-title at The BLOB. The other photo that wouldn't load was the Promethea below, which contains the words ...delay the inevitable.
Why delay, lets go with and make it happpen.
Posted by aferrismoon at 7:25 AM