Does your city have one ? 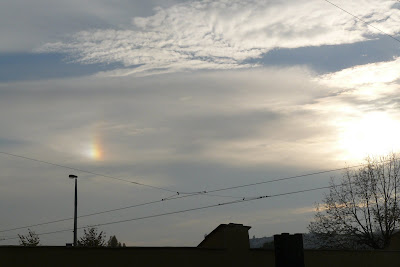 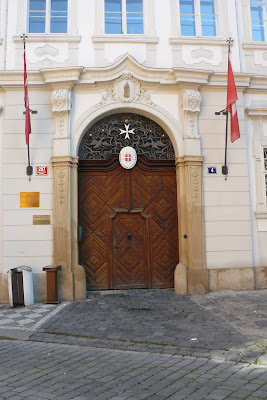 Generally if you exist as a sovereign nation you get to have an embassy, ambassador and a plethora of security guards and secretaries. I may be mistaken but since when have the Sov.Military Order of Malta been a sovereign nation. A quick look round the net says that you don't have to be a country to be recognised as a sovereign entity, it requires only that you are recognised as such by other sovereign entities, who no doubt feel pleased to have you recognise them and so they recognise you....
Dear bloggers and blogettes:
I formally recognise each and every one of you as Sovereign Entities.
Novice Ordo Saeclorum - The New and Most Innocent Order of the Ages
I include a strange atmospheris phenomena as a symbol of this new order - it appears to be a rainbow though no rain poured that day. Perhaps its not too unusual but a sense of the dramatic seems de rigeur for new eras.
Posted by aferrismoon at 4:10 AM

I recently noticed a non-rain event Rainbow also...I have hearing that there is a new form of chem-trail that reflects a rainbow...Alan Watt has mentioned them before. The day in question was a drive to Atlanta and there were a number of huge Chemtrails being sprayed that I was watching the entire drive.

Thank you! I am honored, and will start working on my flag right away!

Hoi, can I have an embassy in your apartment? I'll bring over a diplomatic fruitbasket everyday. ;)

The best thing about this is that we can give each other diplomatic immunity!

F23 - Well that part of the sky is on the flight path to Ruzyne Airport, , and at present the traffic to Prague increases daily- new terminal being built.
Flag-making - a fine way to express our inner sovereignity.
Your embassies will have to be the bytes that save your blogs.
Diplomatic Immunity and body-searches upon request

Thanks Moon! I recognize you and all the gang as well, as far as a flag...never have I seen a flag that I liked, not one.

The rainbow effect has been seen out here in Southern Kali. More than I can remember infact.

Cheers Meteorologists . If I catch anymore dry rainbows will report.
Perhaps a transparent flag or a mirror flag