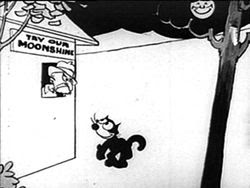 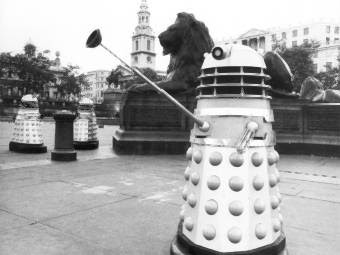 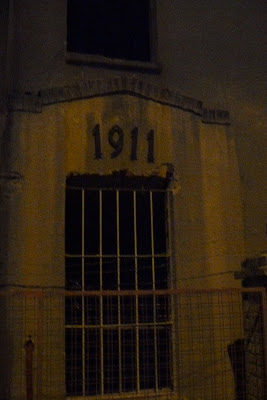 Not enough food to go round but adequate feud.
An hour or so of Bucky giving his 'comprehensive' view, psychology of ploytics.
As the blog has a prob inloading it go to Youtube :
Buckminster Fuller World Game Anticapatory.[ The spelling is wrong on the link]
RBF in conversation with Harold Hudson Channer - 1974
At present some claim scarcity in abundance, though Britons throw away a 1/3 of their food [ Yahoo article a couple of days ago] while US parents get told that having a child reduces stress and premature death [ Yahoo article the same day as the UK one].
At BTB a video of an impassioned , clear-headed approach to this ' obvious' problem has its bland semantics broken by the word 'exterminate'. In a comment to BTB I remarked that the reporter could be paraphrasing for the Daleks, a species of 'do-gooder' genetically modified to 'do good' in the most efficient and cost-effective manner known to man.
Surplus - apparently we have many products and produce in surplus though Mr.and Mrs Mark Etforces have to be assuaged , thus butter and meat mountains, milk lakes. Yet here in Czech the price of butter has changed dramatically- 25Kc last hear, 35 this and anywher between 50 and 75Kc expected in the New Year, so Czechs pop over to Poland where its 19Kc . 19Kc is about $1US [ it was 40Kc - $1US 5 years ago]. That's when the war started, previous to that the Fed had been buying up Eastern European Gold at low prices for Gold and the Eastern Europeans bought dollars at 40Kc [guess who helped pay for the war]
Market Horses.
If the planet = a system then it self-regenerates, it has to feed itself so we have to have enough to go round. Food proves plentiful though it appears that access = scarce. Channelling food through the market sets up different priorities, the energy of the food, in part, transforms into energy as money. To balance this energy transfer we throw food away.
Homeless people used to get bread thrown out at the back of supermarkets that had passed its sell-by date until supermarkets decided to stop and went to great effort to dispose of the bread hermetically sealed as it were. The homeless were recycling the bread for free, yet the supermarkets could not see that they had a universe-supplied free recycling service- the Homeless should have asked for a payment for their service
Scarcity = a cult . Members look concerned and furrow their brows. They realise there will be casualties. It's a dirty job, its far easier to harvest people than feed them but let's at least be humane.
Fear acts as the 'will' of Scare City , beamed at us [ though our intelligence can always dis-spell the Fear by contemplating self-regenerating Universe, phew] through benign objects such as TVs , radio, blogs, and the rest, real message-acrossers like bullets leave me with little time to contemplate the options and at such times I may well panic. Nevertheless slow-mo bullets like indirect starvation through hoarding of energy as money I can probably deal with intelligently, without doing the inner-guilt finger-biter at having regular access to affordable energy income - food-heat-intelligence - love
Universe is not scarce , we cannot spend it, the law of conservation of NRG. As we see with synchromystic research the story of 911 emerges through comics where it is hidden in the 'real' world. The supermarkets throw food away , the homeless recycle it at no cost. We turn food into a commodity then digitize it into bank-accounts we can hoard a whole heap of forward days often extending far past our expected life at this particular body-frequency [ batteries not included].
'Whooah Scarcity , I'm scared, no doughnuts!!' freaks Homer
'T'aint nuttin' but Moonshine them folks is a-spinning' informs Cleetus
Posted by aferrismoon at 6:18 AM

Hiya aferrismoon, on the food subject, I have a long article to write on the NHS and their orwellian "promotion" of breast feeding.

In reality, it seems that they are promoting formula milk in, one has to have worked in the sales industry to appreciate the subtlety of their methods.

On further enquiries, it seems that the same companies who manufacture the bogus milk also produce the various remedies to cure the future illnesses which are incurred due to this nefarious concoction.

It is almost like a deliberate small tinkering wih mother nature, thus creating an eventual constant need for a product.

I am actually beyond myself with rage.

Hi News
Yes , I feel this is one of the reasons I have avoided bringing children into this world as the flim-flam , deranged attitude of big business and totalitarian social workers might lead me to actions that would get me removed from society, or child taken, or terminal court-battles etc etc.
I wish u all the best with Lachlann, I don't envy your position though. Try removing some of your braincells , sit back , relax and learn the mantra
- Do what the teachers/s-w/policeman/etc tell u
Tinkering
Tinker [then]Tailor[then]Soldier[then]Spy

Newspaceman on the topic of food and the lack of promtion of breast feeding.. I am hearing you loud and clear on that topic!

Not only that, but formula companies still continue to create an atmosphere where they are allowed to go to 3rd world countries and give their products away, to keep people underfed and dependant upon their products and naturally the sales of such products go up in the area, especially because they are given away by people dressed as nurses and doctors, people who seem to understand what people are doing "wrong" and how to correct it, when all along its just selling and killing in the 3rd world.. and this is responsible for malnutrition and the deaths of many children in many different countries before the age of 3. Sadly it has come to a home near us as well.. as formulas are available on every shop shelf in spite of millions of years of nature, we are lead to believe that human science has all the answers in one small product.