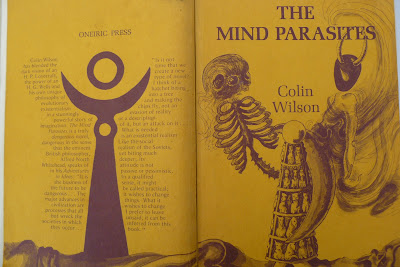 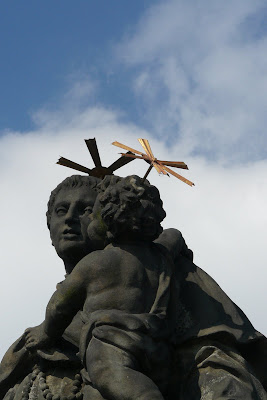 A few years ago I picked up The Mind Parasites by Colin Wilson, a book that August Derleth of Lovecraftian fame suggested should be written.
There have been the Lovecraft rumblings , notably at Tod's blog and in more detail at the Occult of Personality [ I think].
So I whipped the book out again and have reached the awesome depths of page 67.
it relates the taped accounts and written records of a Prof. Gilbert Austin, who according to the book, disappears in 2007. Why, honey, its 2007 this years.
Why yes it is love of mine, what a powerful synch
But sweetness and light, it continues.
Due to their archaeological finds in Turkey, the Prof and another scientist Reich find themselves reading through Lovecraft's seemingly prescient collection. They note that Lovecraft died in 1937.
Aha, the date of the Hindenburg
The other picture is of sculptures on Charles Bridge, in Prague. I think they add another dimension to Jakes Helicopter phenom.
Posted by aferrismoon at 4:56 AM

Turkey is HOT in the news right now too. I look forward to more on this from you.

I've started my own blog.

Its the "Meta-Logic Café" at http://metalogiccafe.blogspot.com/