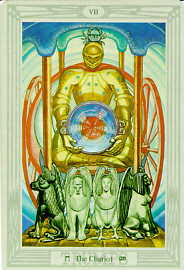 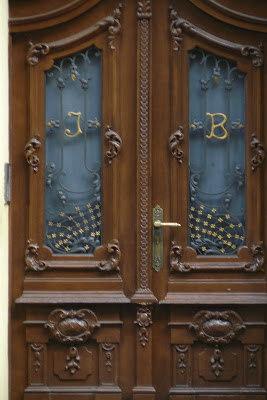 Jelly - a sweet clear semisolid
Etymology [and i feel here we can invoke the school-humanoid mistake - entymology,] from Gelu [latin] meaning Frost, which can have an effect on plants that flower at times related to their pollenating aspects - bees and other insectia. Apples have doubled in price or at least become dearer round Europe due to frosts this year. I know a Bulk Juice Vendor who is mighty miffed by this on top of the Florida - Hurricane inspired Oranges price rise of a couple of years ago. Fruit , my frenz, makes Juicy Gels.
Weave Stillners latest > Travis Bickle leans from a Zeppelin-Chariot, Earth Taxi [ 4 wheels convert to a bag of air] transformed into Shakespeare of Destiny plucking pre-stars from rainclouds.[ De Niro's CAPt. Shakespeare is a closet, or cabin Drag-Queen relating to Gosporns most recent] [ Drag is an effect of air + the object moving through it, thus we can discover the speed of destiny ]
Niro the Hiro the Hero 'coz He rose when He rows. Ra found this convenient in its daily ascencion. The Hiro shimmer provided by the Heroes character Hiro, which also implies Hiro Heato- emperor of fire, and a whole heap of Athomic mushroon cloud dust craters. Do Atomic craters look like HeXagrams from way out in outer space, or perhaps with some other vision apparatus.
Bickle turns to Shakespeare a composite character worth its weight in Bacon. Stardust , a fresh parody account of Amid Summer's Night dream. A damn star indeed, for the sky is full of huemans, clothed. incidentally , in magistry.

Back to our Brave New World Aurda. As Travis emerges from his checkerboard chariot we pan acroos to see Jodie Fossettourette buck-walking to the backdrop of a truck logoing a spinning wheel-star, a grail-spun vortex.
Royalome of Connections comment about Styx- Ferryman to do with pennies on the eyes and the Koh-I-Noor logo shed open another beam of synch, in that of course, TaXiS ferry - thus Bickle the Ferryman, the checker- the on/off - birth/death - tuning in/out life we lead and recent disappearances seem to reinforce the idea of death as something we can do ourselves, like deciding when to tune out, perhaps even with a favourite balloon to bee transformed into a metaphysical pattern integrity of some use in another dimension of Universe, previously called After-life. Disappearances and unexplained suicides run as the theme of Colin Wilson's Mind Parasites where great minds are duped into suicide by the mind parasites who emanate from the Moon. This , humans finally deal with by PKing the Moon into the Sun freeing all the trapped souls.
2000 humans board the Pallas and in orbit off Pluto disappear on June 9th 2007 . The book tells us that they have maybe joined some sentient beings from ProXima Centauri. The book resonates with a few of PhilipKDicks ventures as if similar stories are experienced by 2 separate sources yet the song remains the same.

Taxi , which taught me how to say Noo Yoik, starred such Arnie-twinning syncroactors as Danny De Vito. Danny links the Twin Towerrs [ also Twins as Gemini are looked at by Adam Star] with Caliph of Governarnia , Senor SchwarzenEgger. Judd Hirsch who acts in Ridley Scotts number came to fame in this weekly as did the enthusiastic and tall scientist from Back to the Future, which starred Michael J. Fox who now works with Ali in helping Parkinson's sufferers - Float like a Butterfly, Sting like a Bee
A modern reworking of that Chiron [ is it Chiron?] the boatman ferrying or taxiing or tarriffeyeing or both folk back and forth from to Hades. No Ive just looked it up and its Charon, the name of 1 of Pluto's moons and possibly considered to be Pluto. Taximan = Destination

James Earl Jones acted in a film when he worked for a deculting organisation saving cherished loved ones from the clutches etc...His booming voice tended to pacify the worried families.

In Welsh water = DWR which looks and sounds like DOOR - The celts acc. to Slaine [ from 2000 AD] believed or knew Water to be a doorway twiXt 2 worlds

8s - 8x8 Checkerboard ritual and YiJing on-off binary exposition, The Chariots hebrew letter - Ch - 8 . The full name of this letter-number = ChYTh = 418. This is often cited as fence or enclosure but is also the letter-formula that translates as 'beast' in Genesis - Jean Isis-Jean Grey. perhaps a beast = a human enclosure-boundary frequency which, in out transitory evolution confusion, lends belief to our Mono-key ancestree, evolution or creationism, its all the same two me
Posted by aferrismoon at 5:00 AM

Well in your element (5th I'd say) with this material.

I really would love to sit in your brain.