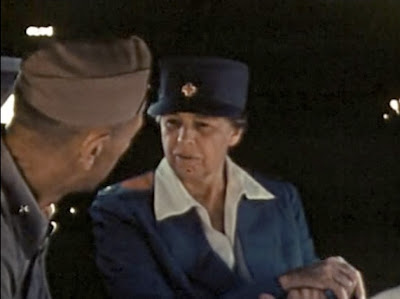 In my post TWIN PEEKS a cupla weeks back I snapped pictures from 'America's War in Colour' using the images to allude to some time-tavelling ships. @ THE BLOB Jake has posted a picture of StargateQueen Robin Tunney dressed in the RedX uniform seen above as modelled by Eleanor Roosevelt circa 194T-something. Robin T acted in a fim called JFK:RECKLESS YOUTH as KATHLEEN 'KICK' KENNEDY. JFK and FDR both died in office, one rather quicker than the other,as well as being the only 2 known by their initials [ I'm guessing ] but who knows what nuclear-bomb invoking ritual may have been or could be dreamt up if we imagine the Kennedy killing as a SunKing [ or Synchking] ritual and wonder if they offed the ill FDR on a special moonlit day. Eleanor means something to do with light, the Noor bit, while Jacqueline BOuvier ripples with JB-Twin Pillar-Maiden name thresdlettes. The present head of the American Rosy Crucians is a Bush lookalike who used to be head of the IRS. Doubtless the President's ladies give it the required front. 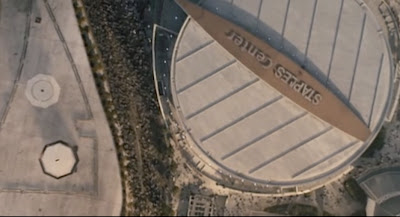 Swooping back to Southland double octogons parade on fly-by, maybe their the bases for the Twin Pillars., and twins and pillars and octogons prove, at present, STAPLES in the synchro-diet alt=""id="BLOGGER_PHOTO_ID_5177596639562244530" /> 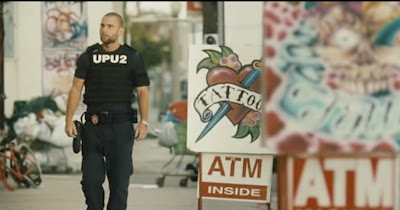 Roland Taverner [RT] ambles towards an ATM sign, OStensibly for cash withdrawals. ATM = aatum, exquisite suffix to the 7-years baptized Isle of Manhatum. They pop up regularly as the gun-to-the-temple the film dwells upon, interesting in that no-one pulls the trigger.

Later on that day one of the tricky contestants pulls up to the bumper baby to catch a wad o'cash from the ATM. He pulls out someone else's Checker-wallet while on the card u can[ with special eyes] read USIDENT , the company that logs the Cits. 'Dent' in french = Tooth, rezzing with Thoth as Bluetooth-blue-coloured god-information processor- god of USiDENT. As ATM = the primal god it can only express itself through Thoth.So we get the Checkerboard of the Masonic-Egyptian rituals shrunk to portable proportions to be used in the ritual of obtaining NRG via cash bu taking out a Thoth rezzing Dent-card and feeding it into the mound of cash that we find everywhere , ever replenishing, self-regenerating [ well i have actually seen Thoth get humans to fill it]. As it happened the ritual didn't come off so they tied a chain to it and ripped it out of the wall via their Hummer-Chariot 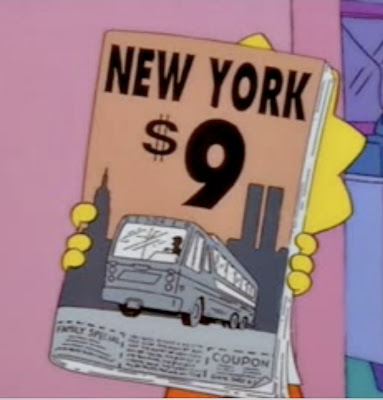 Southland's production lends itself to bit-watching, smal 10min sections , approximately YouTube sized, Thus one finds it easy to fit in a few of the Synch-vids. Southland is undergoing some kinda war/ social upheaval/ rule by the elite syndrome. Happening along this well-known Lisa image I notice the words in the bottom right - coupon , COUP ON. Ignoring the dollar's symbills 'S' we get 11911, dual current thread.It'd look good spinning on a chopper's blades, slowly at first, but then mounting to some infernal speed , finally lifting off in a blaze of..............
Posted by aferrismoon at 6:57 AM