The Kross and The Krescent 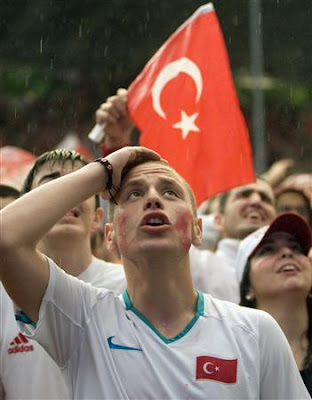 Ottomans .v. Swiss Guard, a private match between the 2 major Life-saving agencies. No-one died, as u may have guessed. Some were tearful, other went X-eyed 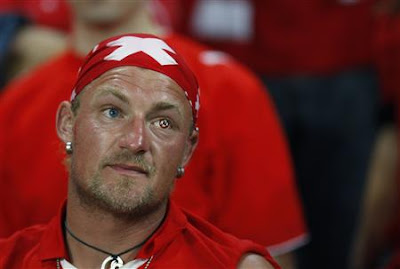 So the hosts Switzerland go out ' losing to the Turks 1-2. Turks have a better reputation in football generally. As such the Swiss goal was scored by their striker HAKAN YAKIN, who turned down Turkish nationality for Swiss. Such a small world 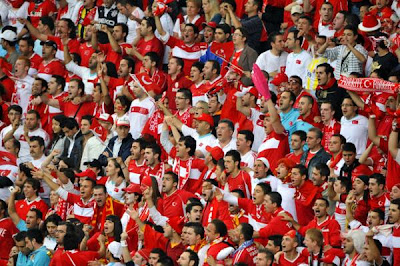 What would happen if suddenly war broke out, would the stadium rush to the field of battle, or is it all for show nowadays.
Star-Krossed Lovers & the Turks Krusade
Posted by aferrismoon at 5:22 AM

Big synch for me at present to see Turkish flag - not a fan of football, but curious to know - what do you think the Turks chances are of winning?

Well they play Czech on Sunday, who wins goes to the next round. Will be a great match . Even if the turks go through they won't win the tounament
Croatia look good though