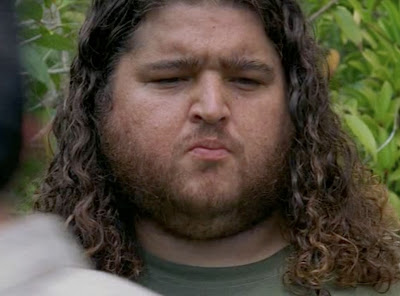 Mid-Munch Hurley/Hugo Reyes { Rays} falters, as Ben informs him the SOda Crackers he's eating are 15 years old. He's off with John and Ben to a secret base to 'move the Island'. H/H and J&B move further into the Bush....
Henry Heger will be going further into the Bush by marrying Jenna Bush, an eVent that played out this week , the initials of the happy couple roundly resounding with Lost. 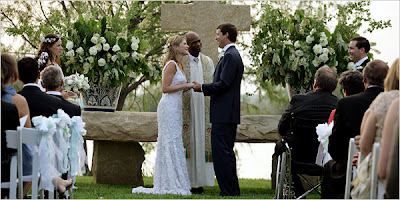 The secret base they call ORCHID , a form of parasitic plant. Here scrawled in Dan's Diary a glyph of a seed growing within Octagonic-spirals. The Orchid is a GREENHOUSE which fits in with all the Osirian-Croppy God-Resurrection scenario as well as the Green Knights lancing John's Pineal Gland [ see last posts]. This Hidden Den the Lostees, the Others and Les Soldats aim to find and keep.
Orchid comes from a latin word itself based on a Greek word ORKHIS - testicle 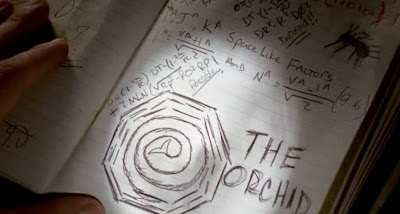 Killer Kimie and his troup buzz over the beach on the way to the Greenhouse, thought unbeknownst to them the pilot flings out a tracker. Jack retrieves it and sees the OZ-Grid - The compass glyph with an N for North rotates to form a Z for OZ, which meaning South for Oztralia and Oztria, reverses directions. How will they find their way home if they don't register basic synchs...that's edu - Kayshun for u!
Check out OPENING THE STARGATE VIA ADAM SANDLER at The BLOB for Zodiac - Grid images I feel resonate. 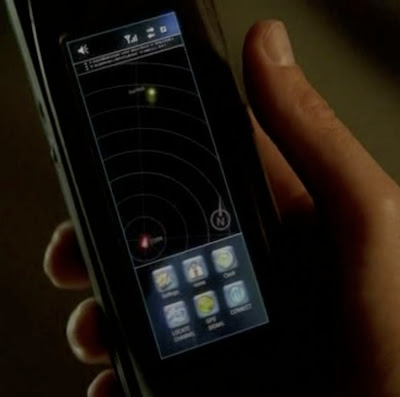 To operate the device Jack defers to Dan who listens in to Kimie declaring the 'dreaded' Orchid destination.
From the 'safety' of the boat comes Saeed to meet an islandee who I doubt has or ever will get lost, or even get Lost. A Sea-Turtle , how did it arrive? Drawn by its birthplace that apparently wanders around the Indian Ocean at will? Well , the Source = the Source, always somewhere , never anywhere , with all , in plain sight. We all = centres and as such no origin can exist , we happen, centres on the edges of their stabilising periphery. We come to ourselves a wake 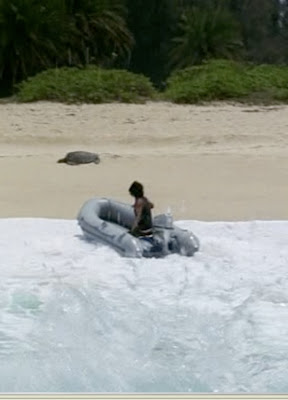 Nobody notices the Turtle.

The prog has a few crosshairs and Xs , here the DJ at H/H's Hawaiin party sports the Public Enemy X-hairs , one of the earlier Crosshair patches sold to the General Public. Later this month they play in Prague. 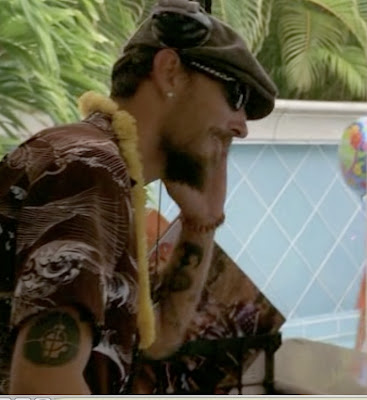 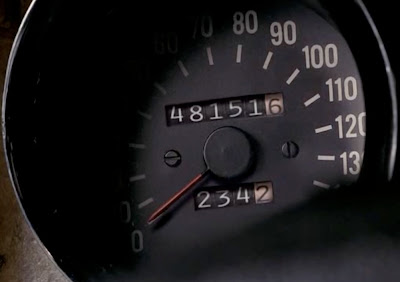 Hurleys car emerges later [ in the post] to resonate with the Twin Tower eVent.
Ben claims ' He's communicating' using mirror language, talking by reflecting the Sun's Reyes, rather like the Moon. A Cross helps Ben 'line' things up with his correspondant. His hand reminds us of the claw-handed relatives of Ikhnaton, who have an eye hiDDen in their 4heads, that built the pyramids and probably post-modernism 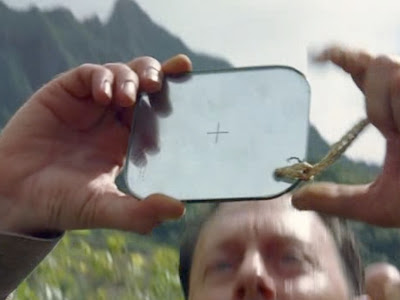 The + rotates a smidgeon and beams out as the Crash Site. Other strange pink-beams and electric blue circles parade themselves flagrantly . 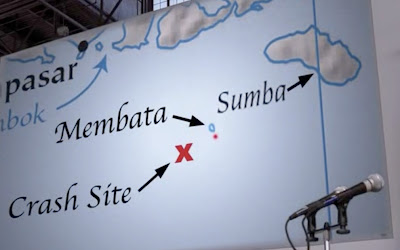 Dan 'ferries' passengers back to the Kahana. He actually says he'll 'ferry' them back. I imagined Dan secretly communicating with me in a previous post - he needed 'ferrous' metals, and thus my ears perked when I heard him use that word-sound again.

He greets with his now famous special K - Palm hand signal that indicates SUN symbology. Perhaps its even a sly H/H , Heil Hitler.
The Oceanic 6 arrive on Coast Guard plane 1717 [17x101] which leeches through the two tower-hitting aircraft of 9/11 - UA11 and AA77, meshing the two 'hits' together.
Hugo, Jack, Saeed, Sun, Kate and Aaron = 6 , but, Sun carries a child , making 7. The character Z in hebrew has the value 7, so with trepidation, the Oceanic 7 will become OZ 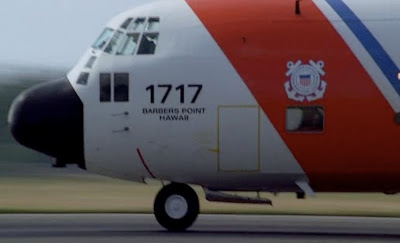 Honestly , I do make a few mistakes in my posts. Spelling AUS-TIN gave OZ-TIN , miXing Oz and its Tinman in Kates name. As the name-sign show she spells it AUS-TEN which = OZ-10 or OZ-X, and now links her far more firmly to the Island of ManhatTEN [ or ManhaX] and that to OZ and OZ to AUS.
Kates 'real' name = Evangeline Lilly, which can shorten to LILY, the flower but soundwise gives us LILI which = 1717 rotated 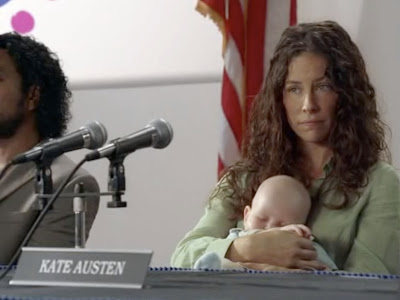 SUN , pregnancy in B&W, comes face to face with the SUN in its K-form, preceded by the letters A and I. Via Hebrew these = Alef and Yod , 1 and 10. Yod [ I or Y] = the projection of Aleph into Existence. The Alef = Fool = Whirling NRG and the Yod = The Hermit that contains the NRG within the lantern. The card following the Hermit = the Sun card - Kaph - The palm or fist and 'releases' the contained NRG of the Hermit into its radiating, existential state - bringing light.
With the K and SUN we get a 2K merging into her actions. She confronts her father, telling him that she's bought a majority share in PAIK , her father's company. This stuns the Old chap. She claims 2 have responsiblity for her husband's death, one of them her father. She kicks away the first pillar in this blinding B&W 2K move.
If we t[h]ot[h] up P-A-I-K via Hebrew we get 80-1-10-20 = 111.
P via Sepher Yetsira = Empress card which interprets Sun's transformation from captive daughter to Sun-Queen/Empress 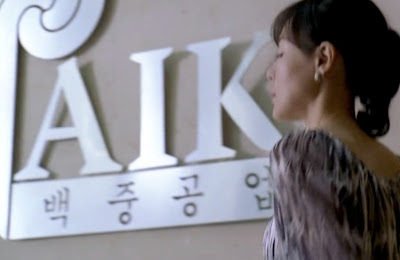 The Birthday present for Hurley has Z23 attached to the grille, the two white stripes have that Twin-Tower aglypheration, and the twins reiterate as 2 on the number-plate next to the intrepid 9. Red + White = Blood and Innocence.
23 = ChYH in hebrew which translates as 'living' [ among others] while , as Z = 7, 7x23 = 161 which rotates and inside-outs the 911 figures 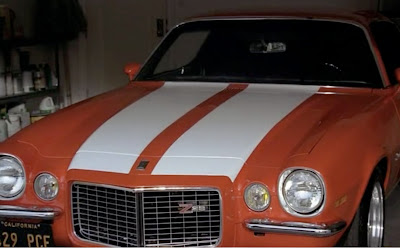 It could just be plane old 723 : Jacob [ YOQB] and Israel [ YSHRAL] , 182 and 541 respectively, = 723, so perhaps thats where Jacob's hiding OUT. Remember that the forthcoming 1776-ft Freedom Tower [ 2 x 888] converts into 541 metres, merging Jesus 888 [via Greek gematria], twinned, with Israel.
The control-panel from the ship has been manufactured by CAT who have a great lofo. An A on a Pyramid between the letters C & T. A pyramid at the centre of a Conspiracy Theory. The CAT has a hard C so lets make KAT - Here's one I made earlier K@ which as the @ symbol lives with the 2 = K2 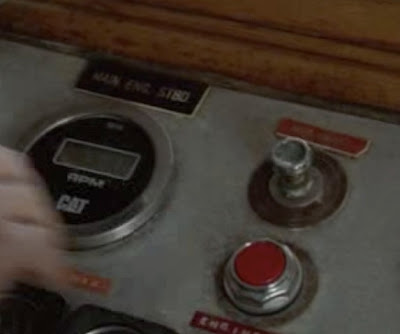 Cat also acts as a diminutive for Kate. With K as 11 Kate = K8 and = 88, while Kat as K@/K2 = 22. The two figures = the total of constellations and the total of the Hebrew Alefbeyt/Major Arcana

At 22.57 Prague Time I finally cottoned on to the idea that this Lost episode they title 'THERES NO PLACE LIKE HOME' , words which Dorothy Gale speaks In the film of Wizard of Oz at the end of her cyclonic adventure
Posted by aferrismoon at 5:52 AM

Wow Aferris, another great interpretation! Some well hidden symbolisms you plucked out of the ether my friend! THANK YOU!!

The more posts I read of yours the more sense things make.

Cheers
Flowing with the synchs I thinks , maybe it'll gel some time
Writing without writing , lots of the imagery are quite deep in 'our' culture,
Checking lots of other blogs and skimming

Wouldn't mind to see your musings on the episode, especially without you having seen 'other' episodes.
The Dallas Knights- Cowin Knights thing with its red/green proved a synchrowoddity

Its all in the miX

On the inside wrist of the DJ's left arm is a Ashanti adrinka symbol. The Akokuh Nan symbolises the ideas of discipline, protection, good care and tenderness. Over all the ideas of parenthood. It seems that the many interactions on this episode are like seeds that have or can possibly poison the idea of parenthood. The relationships between parents and children. The lies we tell and most importantly tell ourselves. Like little parisitic Orchids stealing the truth.

Maybe the O in Orkhis/OZ is for Ayin (Eye) value 70/ZO/OZ= Card 15 (The Devil). In the Thoth Deck card 15 has testicles. Could also be signifies the superficial appearances of things. After all, it is most of the time, the things on the surface that have LOST.

Cheers Merc
There looks like a dual current with order of the Tarot.

Though I shall remain dogmatic to the Sepher in my posts I certainly don't know to dispel any other system.
Nevertheless Sepher Yetsira = SY, the first 2 letters of SYchromYSticism, and the 8th and 9th.

Possible other musings = I have 2 testicles , and the orchid is surrounded by an octogon in Lost thus 16.

Interesting read at Carlo Suares site about the relationship between O and Z , as a dual current, and its emergence as a prominent synch

Cheers once again for that - excellent.
Had some lucid dreams here with finding my eyes very strongly drawn to an orchid in a hothouse on the weekend, plus many testicles courtsey of statues at Auckland Museum (I wasn't looking, but they draw your attention when they're half hidden under a fig leaf).
Plus use of the word trans4mative was a bit too close to home as a car crashed into a transformer, while working on blog & took out power 4 half a day - which of course leads directly back to bollocks :)

Car crashing into a Transformer, reminds me tha the TRANSFORMERS were robots who changed into cars
Orkland
Auckid

Very good.
I should think you would always get to have the last word in a debate - very good indeed