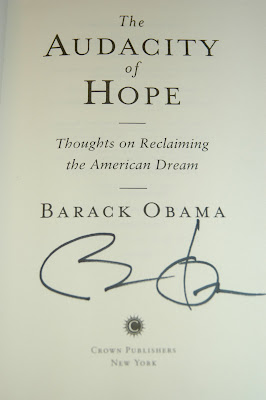 Thanks Bee to Vapo for this late arrival - Check the Oz designs doing the rounds - OzArk, Ozzy Osbourne, Zodiac film poster.For these and more read VAPO's comment in the previous post.

As I found this after, I have to post it first despite that everything else had been written pre. This relates to the previous article as this symbol has some basis in Jimmy Page's [ Led Zepplane] Sun Sign of Capricorn. His linkistory with Albert Crowstubble, the Ultimate OZ-Magus , the goatiness, and the Tower Outage Festival unveil a glimpse of the viability of Os, Oz, flipping and the transtime origiantion of ZoSo 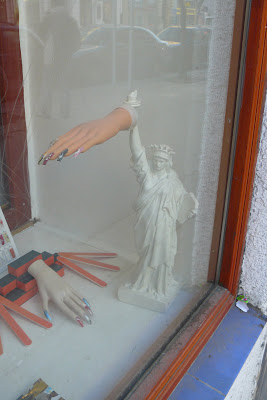 This foto, of a surreal sieg-heiling Liberty in Vietnamese Nail shop merely describes the high-wyrdness that oozes from our psychic skin on a daily basis in plain sight . No but seriously folks the Lib-Stat takes some licking , perhaps she just hain't been treated lady-like enough and proferrs this airport-sized hand so that people start acting respectfully to such a lady, in these times, an' all. I imagine Liz Taylor [as the Southern Belle] mixed with Madeleine Kahn. 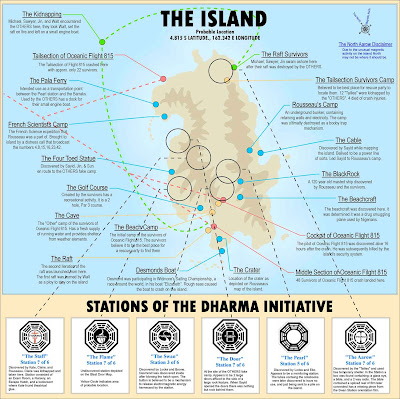 Further along the dark, cobwebbed, clammy-walled tunnel leading to what or where or how via purposefully scrawled numbers and letters - but , in theses tunnels so longs i forget forwards , backwards, outside and in, anf from the darkness, the scratching continues and carefully barked wordthings permeate the labyrinth.
K2 2K - yes Tookay this is Kay, So to Os to Oz to Zo! U vil not answeren kwestions Nicht. Some may say this can go on for ever but I'm inclined to its finiteness despite its enormoononity.
At the Blob the OS story emerged - well I could be blase about it , I've made spelling mistakes, reversed the odd letter. JK makes interesting picto-evidence, though which rezzes deep in, after catching a ray from The Secret Sun
In Czech there are 2 words which have 'grown around' the root word. The first is OZ, a Hebrew word for a Go2. In Czech the word for Goat = KOZEL and the OZ has been surrounded. The next word OS means 'bone' in French, In Czech the word for 'bone' = KOST. These are the only 2 that do this. Considering the BONE THRONE into the air by the ape in 2001 S-pace O-ddyssey and its synchroentanglement with the 911OZ/PAN Ritual I feel quietly amazed at the depths this eVent bears.
I myself have been have transformative leanings - as in the 90degree transformation of Z into N - transforming RTs ZOE into KRs NEO and they become ONEZ. OZ itself transforms into ON, the Egyptian name [ I think] for Heliopolis, which reminds me that the Gypshan priests used to often pun [ PUNIC] on a god-name.
The NY/OZ thing creates a ZYON[NOYZ] which Crowley called the City of the pyramids. TzYVN [ 156] = the correct way to spell Tzion, its Ts not Z. Nevertheless in synchro-culture movie madness lends me to give this ZYON to the comic-film culture. All the letters can be attributed to the Hebrew and total - 137 which gracefully correspond with QBLH.
In Hebrew final letters called 'sofit' have 2 numerical values , for N these are 50 and 700. N as 50 , then ZYON = 137.
ZYON with N final - 7 + 10 + 70 + 700 = 787. The Freedom Tower emerging from the 77 Ritual.
To find the 3 grades of 7 emerging suffuses this whole game with sparkles. The 7 - Indetermination, the 70 - Realization of Indetermination in existence, 700 - Cosmic Indetermination ,'freedom'. Possibilities
LOST > LOZT > KNYS > SYNK 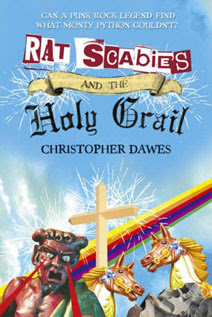 Newspaceman has a link to RAT SCABIES, so I followed it and found this little tome.
Lost Map from www.vakaruge.com
Posted by aferrismoon at 3:33 AM

Moon - I was thinking and therefore I am going to stretch the Synchro rubberband a tad further .. maybe what we are seeing is the OZ(Obama - Chicago)vs the Wicked Witch of the East(Hillary - New York)..snap..

Thanks for the Kudos!

BEE WELL and have a great day!

p.s I linked you on my website
www.planetearthbillboard.com so maybe more will read and enjoy your great thoughts..

Cheers JK, maybe even Keanu Reeves/Robin Tunney = KRT .
I watched HILLARY : THE MOVIE the other night. Seems she wants to be the Wicked and the Good in one imperial sweep of that delicate arm.
I notice some of Obamo's Os are more graphic and remind me of the ORB in the Emperors card.
Cheers for the add, I will reciprocate, along with many other valuable connectoroonies

Have you noted that Zion is Noise backwards.

The binary thing: OZ as One and Zero. This is a particularly fruitful Zone.

Also: it may be a stretch, but I am tweaked by the rhyme of RAT SCABIES with the mysterious MATT HAIBEES, JB's infamous doppler.

Ab-salute wizadry - Oz binary - I definitely didn't see O for 1 and Z for Zero.
The Haibees- Scabies connection, , and the Matt-Rat, nearly missed that too. Some anagramming gets something like STAR CABIES [ cabbies].
Sorry , something 'bout Zion , but didn't catch it