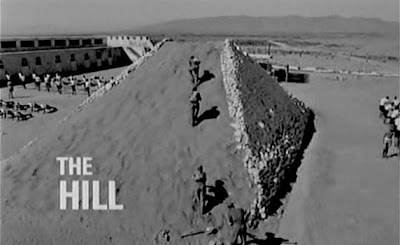 This Sidney LUMET film came out in '65, a stern lesson in defiance , punishment, man pitted against man , who gets to programme who. Connery shows his unrestrained self, a powerful presence balanced by the offbeat take on the way by OSSIE DAVIS. They get taken to breaking point and finally Connery does, and that's it, it's all over. Everyone knows he's in the right but he can't stop himself and all they bore is snuffed by Connery's irrepressible and violent temper. 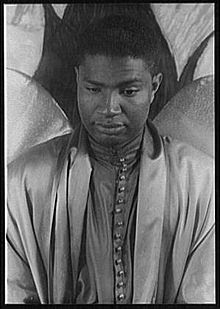 Ossie Davis acted as the 'cheeky' West Indian wh gets picked on because of his colour, though each one gets some small trait focussed on in that carefree way guards have when they display intermittent cruelty. Ossie Davis in the same year gave the eulogy at the funeral of freshly focussed on MALCOLM X. 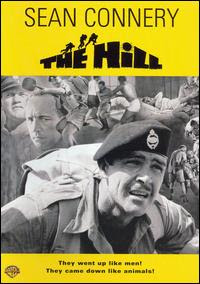 Despite the underlying futility the story seems to embody it proves a powerful film. Its Synchs too have a power of their own, the graphic with the guys running over the hill coupled with Ossie or Ozzie, a name where DOUBLE-S definitely = Z and his capricious nature, playful according to the circumstances. The Goat metaphor of climbing , ascending the mountainous heights, climbers, though these guys have little opportunity to take in the summit, its view over barren, inescapable desert. Lumet filmed it in Libya, part of Ancient Egypt.
This HILL appears as if its Capstone-alone, the missing piece .
Here the State ridicules Man's Ascension repeating it time after time while the ridiculous sand sucks in their feet.
Connery had just come off THUNDERBALL to do this movie moving from suave to slave.
The HILL intrigues, its pyramidical qualities, but at this time , off the back of Barack Obama's autograph we have the Hill's possible signature. Get up that Hill Bill! The Capitol Hill-Mound Honey? Is that a veiled complement Bill?

The H resonates with the Twins joined while the double L shows them post-coitus [ so to sleep] and the Twins = PiLLarMids or perhaps even PHiLLarmids while its exceptionally mounded shape reminds us that perhaps certain aspects of the Island of Manhattum had devised similar lifestyles for its occup-ants - running up that hill, running up that bill
Connery played Moses Zebulon 'Shalako' Carlin in SHALAKO
Posted by aferrismoon at 10:04 AM