"Sing the song that's in your hearts
Sing of the great Southwest,
Thank God, for Arizona
In splendid sunshine dressed.
For thy beauty and thy grandeur,
For thy regal robes so sheen
We hail thee Arizona
Our Goddess and our queen." 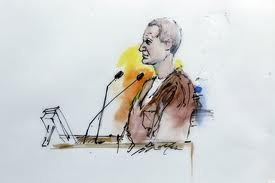 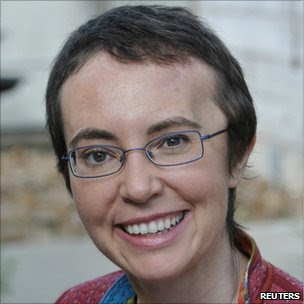 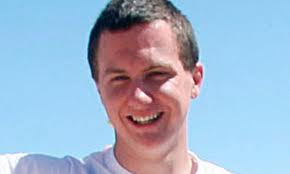 On April 29th , the Royal Wedding twinned with non-launch of Endeavour, which did feature Mrs Giffords descending and ascending a staircase [ boarding a 'plane] Jared [ Descent] Loughner had his psych-evalutaion to find out if he's competant to stand trial.

Jared has already pled not-guilty and as such will be considered 'incompetant' until he pleads guilty. This sort of affair has gone on before. Some 'serial killers' have been on comaparatively strong psychotropic drugs pre-trial. Some have managed to dribble out 'guilty' while remaining almost catatonic for the usually short trial proceedings.

A 'not guilty' plea would make the trial awfully difficult and expensive when we all know he did it on his own and that early reports were the ramblings of people who recalled 2 shooters proved probably erroneous as they were in shock after being shot at. [ phew!]

Both Gabrielle and Jared may have shared rather similar headspaces over the past few months considering the 'shock' of the event, imprisonment or hospitalization. Jared's brain now receives medication [ I assume] for his incompetency while Mrs Gifford's head and brain were violently shocked and doubtless she received some strong medication of some description.

Their possibly ethearally twinned psyches have been out and about.

see 'Late Spring Fields' at http://littledynamo.blogspot.com/
Posted by aferrismoon at 5:34 AM

Giffords now appears to be an androgyne. Appropriate, now that "Weiner" has been sacrificed to the Great Mother.

The Wiener is The Viennese - lately of Hapsburgia

Wiener Schnitzel - brea, crumbs and all.


agree and think repeat mention of the Royal Wedding spot on, my first impression of photo was hermaphrodite/phoenix... basis for much medieval alchemy involving conuinctio or alchemical wedding

'We hail thee Arizona
our Goddess and our queen'


their state is on fire and in drought so perhaps not preying hard enuf?

'Changing of the Guards'

Ray -
Wills just performed his first 'Changing of the Guard' , but a week or so ago.

Alex -
Reuters the writers that rue the true - really a reuters ruse.

They pick and choose the photos we see.