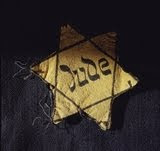 Law in Hebrew = Torah - TVRH - 611, though there are other words that mean law aswell. 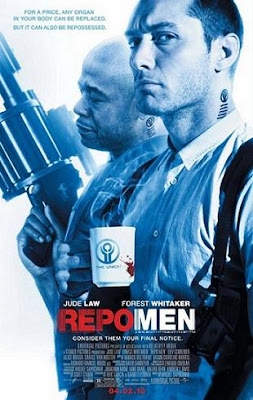 Recently a Rabbi was arrested in the US for illegal organ trafficking. This from the NewYork Times:

Before Madoff was busted as one of the biggest scammers in history, his $19 million family foundation donated tens of thousands of dollars over several years to the charitable group, records show.

Levy Izhak Rosenbaum was arrested last week as part of a massive FBI sting after allegedly being caught on tape offering to sell a kidney for $160,000.

"I am what you call a matchmaker," Rosenbaum told an FBI informant trying to broker a deal.

Rosenbaum said he had brokered "quite a lot" of illegal organ deals, according to a criminal complaint.

The charity's sister organization in Israel also has ties to the selling of organs. That group was partially run by a retired banker, Yechiel Landman, who a year ago helped sick Israelis find organ donors in the Philippines, according to reports."

So one of the stars of a film dealing with Organ-Transplants, and their repossession if not paid for, = JUDE LAW.

Apart from that odd synch we may also notice that Jude Law acted as a Doctor, Doctor Watson, in recently released Sherlock Holmes 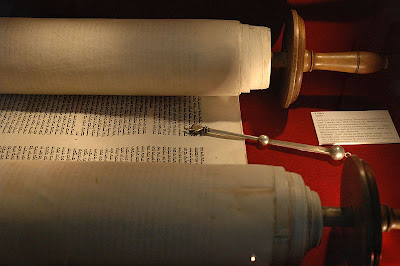 (origin: Local) The north part of a graveyard allotted to the poor was called whittaker, from wite, a penalty, and acre,--a place of burial for criminals. A culprit who could not discharge the penalty or wite became a "witetheow," and was buried in the wite-acre. Bailey defines Whittaker "the north-east part of a flat or shoal--the middle ground."

Acre is the English spelling of the place where Judas was killed.

"Acts 1:19
Everybody in Jerusalem heard about it and the plot came to be known as 'Bloody Acre'."

Also note the name Whittaker is connected to 'penalties' which isn't unlike 'repossession'
Posted by aferrismoon at 10:21 AM

saw your comment about ame meaning soul over at the blob..

thats a link to the Ames research centre..

you mentioned jude law and the holmes film..i have some very interesting info regarding that film..and rennes le chateau and master ledger...lemme know if u have any insights about the whole pentagram scene id love to know what you think on that score...

ok i really should have read the rest of your posts on this page b4 posting..

i think i can tie a lot of your threads together m8..this is no idle claim...from earthquakes to films staring jude law we have been looking at exactly the same stuff from different angles..

i think we need to have a chat with google earth open in front of us...

Also saw your posting over there. I've got the Holmes film too, seen it once at a mate's so haven't had a proper look

Ta for the Ames link, had no real idea why I wrote that about souls. I think i noticed the word 'came' that I'd written and inexplicably went forth

Masons love the G and G-Ames

Mr Law was born in LEWISham & grew up in Blackheath

"Law is one of three actors who took over the role of actor Heath Ledger in ... The Imaginarium of Doctor Parnassus. Along with Law, actors Johnny Depp and Colin Farrell portray "three separate dimensions in the film"." - funny when I first read that last bit, I read 'entities' instead of dimensions.

Of interest - Rosenbaum = "Jewish (Ashkenazic): ornamental adoption of modern German Rosenbaum ‘rose bush’." or "of Czech, German, French and English origin, from the name of the rose-flower"

Law reversed = Wal which made me think of Walmart - have a look at when it got a body "The company was founded by Sam Walton in 1962, in'corp'orated on October 31, 1969" - Halloween of Moon Year - does that makes it's corp, a corpse?.

Wal is the Anglo-Saxon root of Wales , in France Guales or Gauls[ Wals]. It seems to mean foreigner or slave, such was the feeling towards the Cymrrdian [ or Welsh]

After seeing the film they seemed definitely 'entities'

the blogs still down for now..but i am writing something to resume where i left off with the ledgmeister...

but i am keenly interested in anyones views on law as holmes...and the scene were holmes places the map of london on the ground and explains the pentagram killings and its relationship to masonary../ the order..

read law as watson in Holmes..the movis..not law as homles..

What's a bit of a synch with this Gav is that an Irish friens has just left Prague and returned to Ireland, his name 'Holmes'. I mean in the last 6 weeks , also synchronous that u have 'returned'

In gay advertisement eXistenZ the Law of Judah goes into a virtual world where he works briefly at a "mutated amphibian" farm where he extracts and pieces together the organs from the animals to make organic technology, as well as making a gun out of various skeletal parts. Hmm, speaking of org-anic versus mech-a-nical, it reminds me of Jude Law as robot prostitute "Gigolo Joe" (servicing women if you can believe that?!) in A.I. Which brings us back to his performace as Holmes' boyfriend in Sherlock Holmes.