World Cup Qualifiers for South Africa 2010 - Czech Republic played hosts, last night, APRIL 1[4/1], to Slovakia [ the two teams used to be one as Ceskoslovensko]. The Slovaks won 2:1.
Their logo sports the Cross of LORRAINE [ originally the Double Cross , possibly for Cyril and Metodie] which ties in with Barack Obama arriving in Prague on April 4th, 41years after MLK got shot at the Lorraine Hotel in Memphis.
The Double Cross represents the Crucifixion and the Resurrection 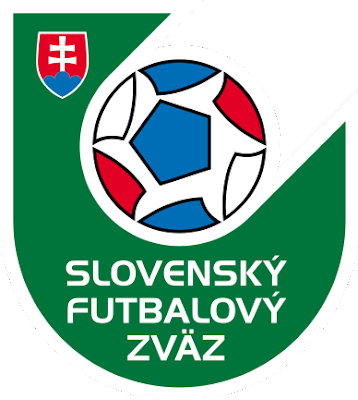 One of the Hiltons in Prague where Obama will rest and recuperate. GWB stayed there last year. Its shallow-sided pyramid can't be seen from Ground level. It squats in Florenc [Florents] in an ugly , new building area a 100metres from the Vltava [river]. 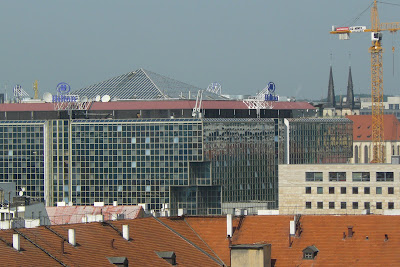 He'll arrive in AF1 on Saturday and will be doing something at Hradcany and Vysehrad, two elevated sites in Prague famous for castles. Those who wish to see Obama will not be allowed to take photos or use a mobile, thus official photos only. I wonder if this isn't an attempt by some Federation of Professional Photographers actually making sure that 'amateurs' don't get better shots and eventually pushing out the paid professional, 'coz if one job is slowly disappearing its the photojournalist, along with his learnt photostyling for public consumption. If they can keep people away from these stage-managed things might keep the wolf from the door until they find some other 'line'

G-O-desics show Man finally moving on from the Egypto-Pyramid Masonic Miasma to a dwelling that takes account of both physical and psychical characteristics coursing in , around, through and overMan.'
'U synch so?'

Ban on Cameras now lifted - April 3
Some more mews : As many as >41< immigrants have been taken prisoner in Binghampton ,140km NorthWest of NY.
Posted by aferrismoon at 6:23 AM

Very interesting as always!! The Lorraine synch is fascinating to me. I also very much agree with your thoughts about photojournalism-it will be interesting to see if anything happens during the visit out of the ordinary-best to you as always!!

the Slovak logo is red/white/blue, the colors of the GGG

that night MLK spoke from the Memphis Masonic Temple

on April 4, 1968, he was kingkilled in company of his driver, Andy Young, Jesse Jackson, and James Orange (=Orangemen rep)

at 6:05 p.m. just after the cereal-moanial hit, cops "found" a .30-06 hunting rifle (Room 306) wrapped in a bundle near the front door of the Canipe Amusement Company

(the Invisible Circus loves this stuff)

as you infer, MLK has been "resurrected" after exactly 41 years as Obie (tho what the Lorraine/Double Cross actually represents isn't crucifixion/resurrection, but simply betrayal)

Nat King Cole sang "Sweet Lorraine" but it's Country Joe McDonald (see Newspaceman post re McDonald) who pulls the nails in his "Not So Sweet Martha Lorraine" from 1967 . . . released one year prior to the MLK goddess-law rite

She hides in an attic concealed on a shelf

Behind volumes of literature based on herself

And runs across the pages like some tiny elf


Sweet lady of death wants me to die

So she can come sit by my bedside and sigh

And wipe away the tears from all my friends eyes

Then softly she will explain

Just exactly who was to blame

For causing me to go insane

And finally blow out my brain

The Joy of Life she dresses in black

With celestial secrets engraved in her back

And her face keeps flashing that she's got the knack

But you know when you look into her eyes

All she's learned she's had to memorize

And the only way you'll ever get her high

But what it does for her you never quite understand

too bad we lack his courage

Cheers Devin - well the US Embassy has lifted the camera prohibition.
Most locals are getting out of town. the weather's bright and sunny.

Cheers Ray
Don't have any of Country Joe's stuff but do remember him being beyond the usual wisdom platitudes of songwriting.

Ta for the numbers , links to guns.
The links to Newspaceman's version of Orange events seem to grow.

I guess Cesko and Slovensko have not been as close as imagined
Forced together by the Treaty of Versaille, then the Slovaks joined the Fascist 'side' of the war. They never really enjoyed rule from Prague, even though in later Communism there were a couple of Slovak presidents.
Then the Velevet Divorce and they went their separate ways
Doubtless a history ringing with betrayal

Great coverage! Hope to include this and some of added comments in an April 4 Kings of Memphis (Revisited) post!

Tod - It will be, many will go out of town, as spring has sprung. It's very warm today and most people will want to get out of town.

had no idea Country Joe wrote it, AF, till i looked it up -- and couldn't really hear the lyrics emerging from my transistor back in '68 (not that i would have understood what he was saying, anyway!)

but the melody stuck w/me, and his lyrics sure make sense NOW

you might be interested in an MLK post called "Eyes Yet Open, and Lives" from May 31, 2006, on my old blogspot site, exploring MLK's "24" dead/dead jail mugshot

as with your "ReignDance" post, the mugshot sports double "deads" (=Lorraine Doublecross) and fits nicely (?!) with your theme of the resurrection of MLK in Pharaoh Obie at exactly 41 years

p.s. have ancestry from pra-ha, sad to see CZ so lost and divided, just another staging ground for nwo punks

Cheers Ray, got the post on MLK. The details much appreciated.
Shall burrow further