A swift anniversaire , March 13th 2009 remembers the birth of these 2 'twins'. William Joseph Casey and James Shelby Downard came into the world , along with the FED[ DEF , as in Hip-Hop lingo], in 1913P, 96 years ago.
The 33 covering Bill's mouth relates to his sudden voice-loss.
11 years separate their dates with death.
O 41 sew fair! 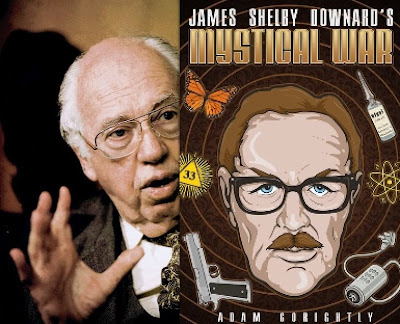 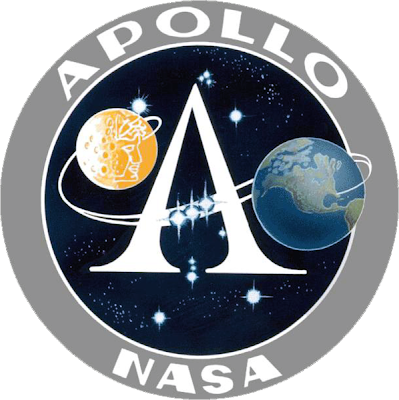 On the 4th April 1968 Apollo 6 launched. Unmanned and due to the assassination of Martin Luther King in MEMPHIS on the 4th, it got under-reported for such an event. The King family didn't really believe he was killed by another lone 3-named gunman JAMES EARL RAY, they attended his funeral.
1968 was a big year, fledged full of import. For Prague the trundling in of SOV tanks heraleded the era of NORMALIZACE [ Normalisation]
In '68 our family moved to Northern Ireland, Larne Harbour.
MLK - Malik actually means King, it enumerates to 90 which corresponds to Hebrew letter Tz which rules the TSTAR card.
MiLK and HoNeY flow into the promissary land.
KOZMIKON's latest posting rereminded me that the Etymology of GALAXY = MILK, kinda making Harvey Milk - Rabbit Galaxy
[ Harvey's a movie-star Rabbit] 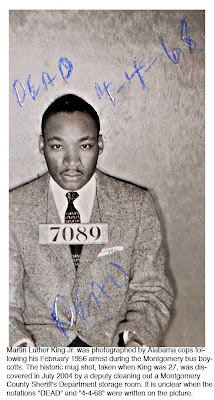 41 years [ prime] to the day Prez Obama will visit Prague, an odd place for the 1st black president to celebrate MLK day.
A space that will fit 100000 has to be found and at present it may be the Rudolfinium. Will get some photos of the Babylonian-style sculptures that grace the building.
The whistlestop recognises Czech presidency of the EU + the Radar defence business. Prague - one of the only cities in Europe more or less untouched in WW2 despite being at the centre of the conflict. The Nazis drove to Prague first , before starting anything. Heydrich got assassinated after donning the Crown of Bohemia.
Prague is known as the MOTHER OF CITIES as well as residing at the 'Heart' of Europe, though the actual heart resides in Dilove in West Ukrajina
Prague comes for a Czech word meaning THRESHOLD, and the Prez has his initials in BOhemia
Coming home BOrothy?
To the Grove? 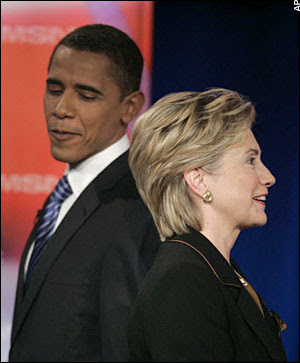 Legend has it that LIbuse [ Liboosheh] dreamt of the city of Prague at Vysehrad about 500metres from my flat [flat ,home= Barak , in Czech].
Symphony No.41 [ Jupiter] = the last symphony that Wolfgang Amadeus Mozart wrote. He too spent a while in Prague.
Iesus Kristos got lashed 39 times[MLK died aged 39] while the Centurions spear-hole [ as fingered by Thomas] + the Crown of Thorns = 41 wounds in toto.
Do the afterMath!
Posted by aferrismoon at 2:53 AM

I'm slowly reading 'D'ark mission now. I keep a copy of the images from the book in the...ahem...latrine. Saw the Apollo mission patch from the book and thought of the anarchy symbol. Came here and I see the same image but no anarchy. Just fours. I wish I could stay Barak and sleep some more....

Maybe its not an anarchy symbol but it does seem like an arch symbollically.
Sleep comes and goes , problems when one's awake and sleeping or slipping
Space - Toilets - wow its Dark Star [ D' ark rats]

Greetings from one 44 to another :)

Your opening synched up again with something I'm working on -
4/4 is Heath Ledger's date of birth & your 'Pruso Jako Barak' does have a ring of the 'Joker' to it - so his birth came then exactly 11 years after Apollo & MLK launched into other worlds.

Great great info as always aferris! I am behind on blog reading and news lately -the night I had finally resolved to get caught up on at least a few current events was the night the 15 Germans were murdered by that student -so once again I layed of news. Had no idea Obama was heading to Prague -very interesting Obama going to the threshold on 4-4! also 44th prez of course -best to you as always!

devin - yeah a fresh month of lone killings, the odd work of the mind that singles out victims. And to think Pres. Johnson was so able to act mercifully.

The date is likely but not definite

This could also be a "comment about nothing" but it really struck me today when I had heard the prez was on the tonight show-I did not think this had happened before and to me it just makes it seem like more reality warping -I am prob being somewhat judgmental -but I often wonder in the modern world -where does entertainment and reality not commingle? One thing that struck my eye was that I believe this article about it said only actual man to become president before this on tonight show was Senator Kennedy! way back when Jack Paar was the host-I would like to do some fact checking on this as it seems to me other prez contenders had been on the show before-unless they were talking about only ones who became prez and of course Ob is already prez-best to you as always!

It's interesting to see what was in the news during my birthweek.

There's a strong 44 resonance with this one. Much vote-rigging chicanery going on in VIRGINia, which had not gone democrat in 44 years. 44 Ways to Commemorate the event.

404 is always web-speak for empty results, dashed aspirations and empty promises. If that jumble means anything to you ... roll with it :-)