COURT IN THE ACT 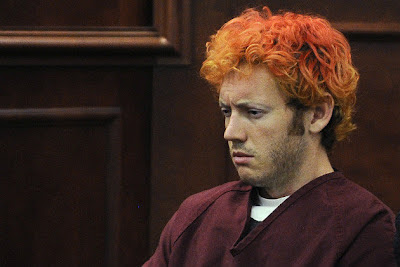 As far as I know there has never been a photograph taken and then allowed to be disseminated, publicly, of a suspect in a court-house.

Well I thought so but:
"
Actually, there is an entire cable network that was build around cameras in the courtrooms and the widely disseminated visuals of suspects' and defendants' faces: Court TV." from Loren in comments.

I am used to seeing court drawings or a photo from the arrest and charge.


One wonders if this case is being made to look as if it really happened and as if its a fake.

The media try to anticipate , based on what they find in the internetosphere, what the public will accept next.

Stories of the possible fakery of the shooting of Gabby Giffords appeared and a couple of thoughts in that direction have arisen with this case.

Thus the media stands on the edge and will tend the story to greater confusion until the next time. 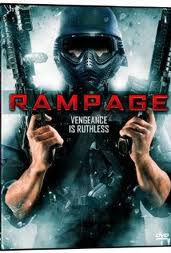 This process is called Normalization

HI Aferris..
It was fake in the way it looks to be a "directed" event.
the Aerial shot above the carpark, with linear blood splatterings also looks concocted, as well as the placement, outside an escape door, looks placed..I'm not saying that there were no deaths..or injuries, but i am saying this patsy was used, there were more than one shooter/accomplice...
You noted also on my post that he was unharmed by the cops when he surrendered..what are the ODDs of that? plus if he wanted to "kill as many as possible including Police" WHY then did he tell the police he had his appartment rigged with explosives??
Oh by the way guys, i've set up some c4 in my appartment ok..just be careful when you go there to search it ok...YEAH sure..
Normalizing the ABNORMAL is what this whole "story" is about..
BTW the courtroom image reminds me of the Casey Anthony case..
Cheers A13

oopsie..
The Placement of the AR-15/Ak-47 rifle outside the "fire" doors/escape door i meant..
Cheers A

Nice deep purple color of prison jumpers there. Looks like a good choice for "the joker."

Actually, there is an entire cable network that was build around cameras in the courtrooms and the widely disseminated visuals of suspects' and defendants' faces: Court TV.

left Hand -- rubedo-woman, copper-quean, in a state (colo-rado ie, "red in color") literally on fire, Babs Robbing Sons in da Big House, anubis on the tarmac, aurora in the wings, spooks in every glade and hamlet

right Hand -- will-i-are(d) romney, masonic whoops mormon missionary and manipulator of funds, from MA in US, waiting in wings

draft-derred constantly, did his dangerous mormon mission in . . . France

yeh the wilds of savage france, the studmitt, whar natives might throw pizza at you... the horror

his templar allies, the Bains (banes, ban or fen tribes)

we got u covered, both exits

when a spirit leaves its "house" it flees to wilderness places seeking rest, like j.smith's moroni, and following

Bruised Orange is the name of this game

cheers (but no app laws)

I got a very useful and nice information with your blog.

if yr gonna spam at least learn the language

A very large number of people must have been involved in this psy-op. The bad guys are very numerous.

Aangirfan said
"A very large number of people must have been involved in this psy-op. The bad guys are very numerous."
The sick thing is...the bad guys think they are the good guys..
and are placed accordingly.
Cheers A13

A13 - a directed event . The man does look somewhar stunned, like he just woke up, got out of bed and found he was not in his house.

CR - yup. its a slightly different shade but not bad for prisonwear. I wonder if there's a dictionary of correctional clothing somewhere.

Ray - the killers are on the road, runway, tarmac, the long,grey straight line, eternal highway.

We get the Morms in Prague - I give them letter-number spiel and they say 'wow; thanks, we gotta be going now y'all'

Aang - there's loads of nasty sods to choose from, secret-service wannabes, justified killing coz someone's gotta do it. Then they get in so deep, well, y'know sometimes they wind up being the patsy.

A very large number of people must have been involved in this psy-op.


that'd be v unusual, then

many were "involved" yes, but few in the gnow

certainly not the 3 shooters, craftsmen yeah, but "unworthy" (not privy to the mysteries that reveal the reasons, no idea of big pitcher)


The bad guys are very numerous.


yup all 350 million of us, plus a sorted furreners, welcome to the desert

Defo, it's a synche to do your job and scoot off home
There's no need to recall

Dame Holmes carries torch into Tower of London on Friday, abseiled in by Royal Marine, Williams.

Also Moon, have a look at Paul McCartney on the front of Short List Magazine this week. The way his head is positioned he obscures the r, thus shot list; whilst he brandishes a Union Flag.

Captioned - Bring on the World.

All about justified aggression , the fists tightening as the wee players prance off on a victory run, snarling often.

Beckham exclusion mirrors Rio Ferdinands exclusion . Who are these managers who dare to leave out such icons.

Note the aggressive stance of McCartney, and the cool, hard pose of Beckham versus the near 'arrest photo ' of Stuart Pearce.

The Olympics and sports in general seem to be the place where if you don't follow the script you're busted.

Its an updated version of the totalitarian denunciation tactics.

james Holmes - if u bring up he might not be the killer , due to the spurios media reporting, you'll be excommunicated as someone who approves of the murder of 12 people.

WE're slap bang in the middle of vioplent stupidity that's protected by the power structures.

'Bring on the World' couldn't get more tribal aka racist

the Tough Guy pose for the photoshoot is laughable... the little peacock plays footie for a living! lol

paulie has not aged well, thats a trend sure to continue, lucky he's got money or he'd be cruising the bars for cougars in pantsuits

no wonder you dont live there AF, yikes

lol yeah well if youve got any ideas, do tell