And the truth will set you free 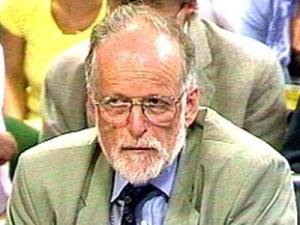 Mr Hunt said he would welcome a full inquest into Dr Kelly's death, called for by campaigners who question the suicide verdict recorded in the controversial Hutton Inquiry.

Something from a NewsPap -

"He told The Sunday Times: "I had every reason to look for something untoward and would dearly love to have found something. It was an absolute classic case of self-inflicted injury. You could illustrate a textbook with it."

He went on: "If it were anyone else and you were to suggest there's something foul about it, you would be referred for additional training. I would welcome an inquest, I've nothing to hide."

Dr. Kelly , a well respected man in his field , true to his training realised thatto cause undue complexities to a fellow doctor, set up his own suicide so that future students could learn 'textbook' suicide procedure.

" U mean the classic sleep and bleed scenario"

" I dunno. mate, just following the manual. I mean, we don't get paid for extras"

I listened to Celtic Rebel and Lenon Honor on CR's radio show. At one point they spoke about the 'TRUTH' movement and mentioned David Icke. It occurred to me that despite his vast library of 'Truth;' Mr. David Icke continued to live and tour the world , in pursuit of truth. Dr. david Kelly surfaced to dismiss the allegations that Iraq had Weapons of Mass Destruction, saying the report has been 'sexed up'. He was suicided within a week.

Dr.Kelly said one thing , that there was NO 'enemy ' as such

Dr. David Kelly said a few words that cut to the heart of the rotten thing.

Cheers David
Posted by aferrismoon at 10:36 AM

Isn't it ridiculous! I think we could have predicted the outcome of what the pathologist was going to say by approx...ummm...100% ...Was it suicide?...Well naturally! Just as natural as all those other scientists that died from natural causes... like car crashes, plane crashes, truck crashes, train crashes, balcony falls, bridge falls, electrocution, suffocation and drowning in a puddle...Who in their right mind would want to be a microbiologist?

Have been finding bloodless bodies turning up in research lately - have been getting curious. Wondering just what message & why, is being written with blood or by the lack of it.

Said - the tone of the Doctor or at least his choice of words - ' would DERALY LOVE to have found something" seems incredibly nauseous , patronising and wholly dismissive

The thing of it is , is that one has to delve into the non-mainstream media to get what seems like quite important information. Microbiologists make WMDs and cures - they're important considering what changes they can make for humanity.

It can only be vampires Alex

I wonder if David Icke ever comes up with anything original? His reptilians sound like a CIA psy-op?