At Turnberry for the 2009 British Open fi Golf the 9th USer sank the requisite number of birdies to leave Tom Watson smiling in second. 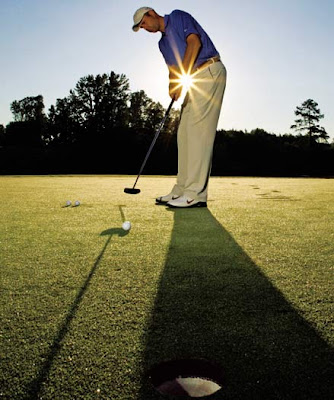 Scotland = home of Freemasonry , a form of clubbing
as is Golf, which grew up in Scotland , a civilised way of meeting, drinking and acquiring vast tracts of land to bobble the wee dimple from here to there and back again.

Nowadays golf courses , rather than social development, show the world who has joined the First Nations Club. 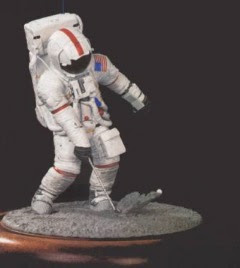 "Shepard was the first American in space. He later commanded the Apollo 14 mission, and was the fifth person to walk on the moon.

While on the Moon, Alan Shepard famously played golf with a Wilson six-iron head attached to a lunar sample scoop handle. Despite thick gloves and a stiff spacesuit which forced him to swing the club with one hand only, Shepard struck two golf balls with a six iron, driving the second according to the official record, but what was actually his third stroke, as he jokingly put it, "miles and miles and miles."

The first Cultural City of Europe, some years ago, I'm fairly sure , was Glasgow [ Blue Woods in welsh], its slogan was " glasgow, Its Miles Better", and the logo was a Smiley

The symbolism of playing golf on the Moon, a sport tied to Freemasonry, with a six iron, with three strokes was not lost on Shepard's Brother Masons.

For example, St. Andrews cornerstone was laid by Masonic Brothers.

For example, St. Andrews cornerstone was laid by Masonic Brothers."

reading DA BLACK WHOLE's musings on the Zodiac Killer , and then moving to one of the sources [ ZodiacMansonConnection.com] , find that ZK stuck to a water-related theme for his murder sites.
This quincided with Alex Robinson at TOO LONG IN THIS PLACE who developed a watery thread to deaths in Manhattan: 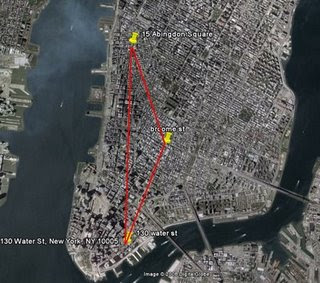 This from ZodiacMansonconnction site -
"The Water Connection"


Water held a very important place in the symbolic teachings of Celtic / Druid lore. Charles Manson studied these subjects and in at least one taped interview affirmed Druidism. Manson instructed the Family that, whenever possible, they were to conduct their "activities" near water or it's symbolic representation. As Manson went so went Bruce Davis - both believed alike.


Cheri Jo Bates was killed at Riverside City College in Riverside, California. The killer's car was parked on Riverside Drive. In a typed letter the killer indicated that Bates was not the first.


Go back to 1963 and a couple was killed in Santa Barbara near water. This case is unsolved. In 1964 the unsolved Seaside Honeymoon Murders in San Diego were committed right next to the ocean. In Zodiac's 1968 attack, the couple was murdered on Lake Herman Road, very near the lake itself. In 1969 Zodiac attacked a couple at Blue Rock Springs. He may have left the area using Lake Herman Rd. The killer made his phone call from the intersection of Tuolumne and Springs Road. In September of that year he attacked another couple at Lake Berryessa and made a phone call from near the Napa Car Wash. Came October and Zodiac murdered a cab driver in San Francisco on Washington St. very near to a fire hydrant. At least one suspected Zodiac killing took place in Lake County. Donna Lass (a possible Zodiac victim) disappeared from near Lake Tahoe.


On at least one occasion the killer appeared in Navy-like clothing. Zodiac was also interested in astrology and when the attack dates and times are astrologically charted the three water signs and their associated planets figure prominently." 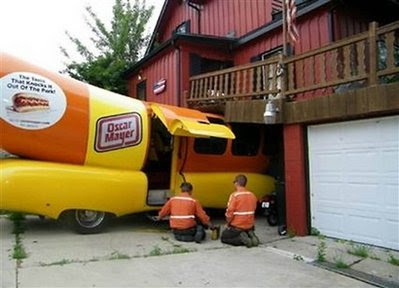 A Wiener-Mobile penetrated a residence barely aweek after I put up a snapshot from PRIME CUT, a movie. In the final scenes 'Weenie' falls to Devlin's automatic. He was going to stab him, with a faithful wiener.
From post 'Caul of the Wild'


WHAT BJORN [FARMER] THINKS ...
wrote a post called 'JULY 10' which contained the following :
'...that brought to my mind the news from Pastor David J. Mayer from his June newsletter:

"Obama made it very clear on his 100th day in office that he is "remaking America." He didn't say rebuilding, but remaking! Does Obama consider himself to be the Mighty Maker? While honoring himself at a dinner commemorating his 100th day in office, Obama said the following words: "I would like to talk about what my administration plans to achieve in the next 100 days. During the second 100 days, we will design, build and open a library dedicated to my first 100 days. I believe that my next 100 days will be so successful, that I will complete them in 72 days - and on the 73rd day I will rest." (4) The inference of deity here is obvious, but why the 73rd day? The 100th day of Obama was April 29th, 2009. Seventy-two days added to that brings us to July 10th, 2009.

Obama intends to rest from his creative labors on Saturday, July 11th. Saturday is the seventh day of the week, but in addition to that, we must consider the date itself as 07/11/09. Since zeros must be disregarded and since witches use backward masking, we find that if we look at Obama's 73rd day backwards it is 9-11-7. The number seven indicates sanctity and completion, and we all know the significance of 9-11. What is this man planning? Time will tell!"

The same day came across this odd way of saying 25 years from The Sun - [ apologies , forgotten where from] 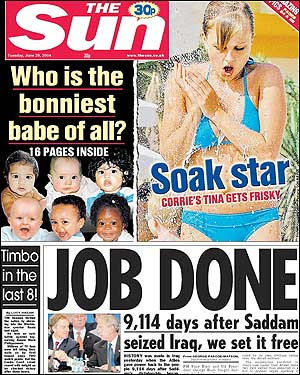 The post included this pic. centred on L'Aquila in Italy..... 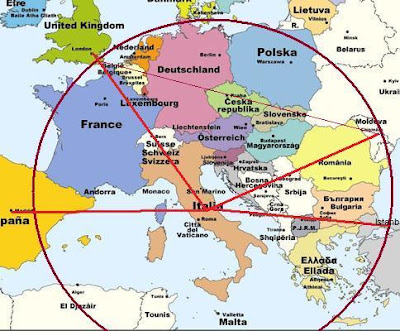 while just lately NEWSPACEMAN brings news of a maritime accident in post:
'The Silence of the Clams'

Tonight we read that, tragically, "three people have died and another man rescued after a clam dredger, the Aquila, from Maryport, capsized off the Scottish Highlands" (bbc):"

While wandering the blogs to get the info I bumped into KOZMIKON's latest titled 'Eclipsed [Updated] which gathers together a few 'related' posts, incl. some I have used here.

Compare with 1stphoto of Mr, CINK , its all dreams...........
With Arlington regularly uppopping I came across The Arlington Institute, which among other occupations collects peoples dreams with a view to sneak-previewing future eVents.
Posted by aferrismoon at 7:22 AM

It claimed that 72% of American's were happy with "his" economic recovery policies when he started in office, but only 56% now.

Not sure where the figures came from but they were broadcast as gospel.

Anyway, the policies have not worked.

nb, Bruntsfield (Brown's field) Links, meant to be the first place golf was ever played

I am sure there are a load of plague victims buried there, if my memory serves me correctly.

Perhaps nonsense, but I lived with my grandparents straight across the road when younger.

The presbyterian church we attended sold part of it's property about 15 years ago. It became a batman themed public house.

I could go on. and on.
cheers

Great numbers , they just gotta keep slipping them in.
The 9114 days on the Sun seems a bit over the top, in that one of them would have to count over 100.

I think many in the States have clicked that it's just outright theft. I guess that's why those with incomes on the edge get violent. Perhaps that's the policy.

cheers for the Brownsfield info.

Interesting the synchs between yours and Loren Colemans stuff.

Just downloaded Quatermass and the Pit. Something light for the weekend

All the landing sites on the moon are in or around areas named for a sea.

Just writing a post with greater reference to water and the sea, the sea also = the mind, and the Moon often representative of the Psyche

Try downloading Quatermass and the Pit, a fine film

Lawyers and Circus performers
- yeah, both got ya jumping through hoops

Dat mustard cutting man is looking for green. Putts me off.

Isn't water the main thing they're after in regards the moon? I mean the MAIN purpose of the explosions and collisION testing is to find this liquid gold.

I always thought it was dodgy the way they stuck a golf course at the closest point to the Lusitania sinking & basically closed it off to 'ordinary' folk.
Interesting idea - thanks

Hope your weather has brightened.
Cheers

AA - not a bad idea. Obviously they're after something though perhaps they don't yet know what

Alex - weather has brightened.
That's the essential problem with golf courses is their privacy and clubbiness. No riffraff here

I can imagine the survivors washing up on shore
'Scuse me , but I don't think your members!

checked it out, seems cool after all.