G&D to the 2nd Power

Twinning images together - seems to have a relevant wordless appeal.
Using a couple of Losty images, lately resurfacing at the Blob's 'H-[AMENDED] post of not so long ago.
Above a mix of the protest against the inevitable 'going' of Magpies manager Kevin Keegan [KK] alongside an episode from Lost where we see John Locke getting teased by girls at Cowin Heights School [ or School for People who haven't got learning difficulties yet, or L'Ecole de Trance Dissassociatif , aka 'just school']
Both Kevin Keegan and John Locke have incurred a deal of problems when attempting to lead an organisation, in fact both have walked out of the job on a number of occasions. Locke comes back as Jeremy Bentham, poor Kev's legacy = Joey Barton.

Below = the X of Hendaye, which = a galactic version of the George .v. Dragon conflict 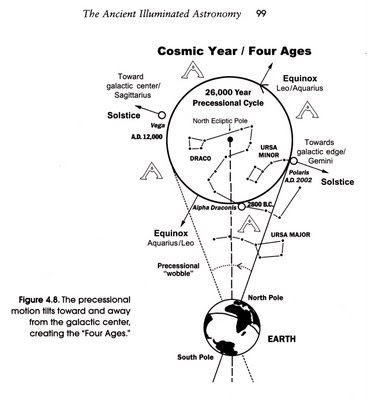 This Cosmic concept then microcosmifies [ as a Stargate eVent] with the opening of the PINEAL GLAND, allowing humans to apprehend said eVent, which they may not do if they're down the bookies betting on who Kevin Keegan will manage next.
Anyhow the Knight strikes a young John Locke smack in the back of his head, secreting whatever transtime cosmo-juice-info into John's developing Dragon Gland

Here's 1001 powering out pyramid-style, thought I'd add it. It seemed a reason for building the pyramids, an irreverently enormous memory tool. 1001 = 7x11x13 [ 3 Steps to Heaven , which rhymes with 7] 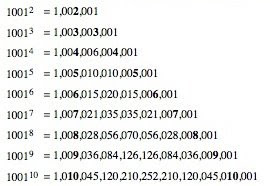 Simple Maths for Simple Peeps
Stops the Peeps from Gan to Sleeps
Posted by aferrismoon at 7:18 AM

I do so like to see people having fun!

Interesting forage with the 'four' ages and 1001 brings the Arabian (K)Nights to mind.

Cheers all.
WW - I did catch the 4s over at your blog, and 1001 Arabian Nights may have been written to dissuade people from investigating those 3 numbers, as they're often seen as 'unlucky'