Fox Features Samson where DC fears to don't tread on me. 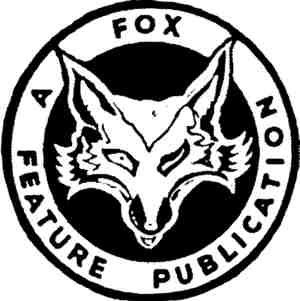 By Jingo!
Looking up 'fox baker' I find a page on Fox Feature Syndicate who published comics under the direction of the eccentric Victor Fox, who proclaimed himself, often , as the 'king of comix'. He had previously worked as an accountant for DC but also had worked for Allied Capital Corp./Fox Motor and Bank Stocks,Inc./American Common Stocks,Inc. on Park Avenue. He was indicted on Nov. 27, 1929 for mail fraud though it is unrecorded [ yes unrecorded] as to whether this resulted in a conviction.
He , probably not independently, introduced Samson to the comic world, whose side-kick, David, was the only survivor of a plane crash.Thor . too, appeared through FFS too.
Thor has appeared in the 911 Timelords and its the first name of Tour-de-France contender Thor Hushevd [ thanks to Through the Louking Glass]. Thor , on his website, pronounces his name Tour , the same as Tour, which is the Old French root for the word Tower, which on the 911Timelords vid is encircled by Thor and companion hammer.
Ginger Baker thought about becoming a professional cyclist before using his leg muscles to power his drumming. Battling the Behemoth has been observing the serpentlike tour since its departure from Greenwich.
Soon it'll be August which the Czechs call Srpen , from the root SRP - a sickle. it relates to harvest-time. Leo takes most of August astrologically and its symbol is wholly serpentine which leads me to the SICKLE - a serpent?
The Hammer and Serpent
Druids , well Getafix, are often seen as carrying sickles to harvest mistletoe [ or missile-tow , chem-trails]
Sir Pentagon, transatlantic cousin of Arthur Pendragon leads a merry harvest sickling down the 'others' as the Corporate Collective culls communities left rite and centre
Posted by aferrismoon at 7:08 AM