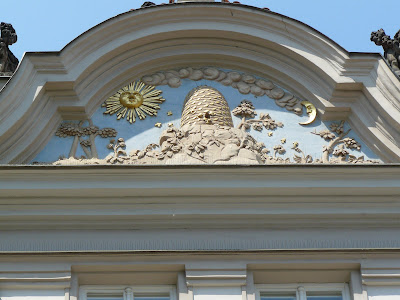 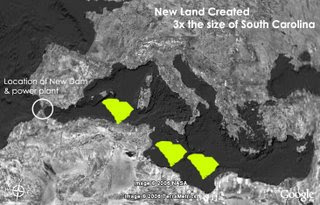 In the Bee Man strip in the previous article we see Beeman 'acting bushed' acc. to the soldiers watching him descend to the Honeywell Bee Farm. Like the Honeywell MAV pictured below I imagine Bee Man as a sinkromystic link to the Sept 11 attack. The MAV tech is very small and may have recorded images on or around the Towers - pure speculation.
The Honeywell Bee farm has many large hives for yummy honey production though it links with Realmofconnections most recent artikkle dealing with prison populations. Perhaps Honeywell will have a hand in the future mega prisons in the war-torn parts of the world, they do at present have many connexions in the Emirates. Here prisoners can build the new Hiveopolis. Armed insurgents will be allowed to continue acting as a natural barrier against escape. New laws will follow the market trends and fulfil the markets desire for imprisoning as many people as possible to make the world a safer place. A German Architect intended to build a very large dam across the Straits of Gibralter + extensive road and bridge products.He called it ATLANTROPA.
The pix are from cu-MEGAblog and FreedomLab - Future Studies
The Daily Behemoth has ventured into the world of building with an article ' The world's most ambitious projects'
On the FreedomLab site a projection of the dam around Manhatten , worth a read
Posted by aferrismoon at 5:18 AM