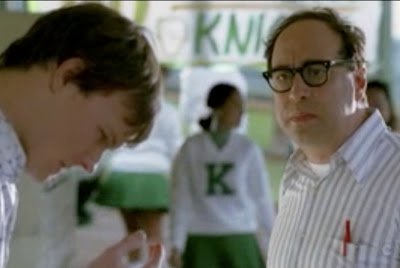 Disinhibiting the reuptake from the last p[l]ost John unlocked from his Locker-Womb-Tomb listens to his surrog8 father, the teacher Gellert. From their linKing emerge 2Ks which as 11 and 11 = 22 , implying the Major Arcana Tarot cards.
The Father-Son image in Hebrew we know as {father]AB-BN[Son] which contracts to form ABN - a rock, stone, and the basis implied by JChrist of that figures flowering faith , which obviously wasn't called Christianity at the time. The dual current derived from this teaching survives into the 9/11 Twin Towers eVent.
The Cowin Heights school eXists in TUS-TIN , California and links to Kate AUS-TIN by similar spelling magicality. A famous ville called AUSTIN resides in TEXAS. TIN = Metal of JUPITER, often seen as fatherly among the 'planets'. His colour = Purple and with the Cowin Knights we get GREEN for VENUS, lending a dual current of 'male' and 'female' love
I wrote my last Lost Post on the 14th. Today I beetled through the CONCRETE JUNKYARD - OPENING THE STARGATE VIA AL PACINO and found some more KNIGHTS, this time from DALLAS, Texas. They sport vivid red , a MARTIAL colour and often seen as 'opposite' to Venusian green 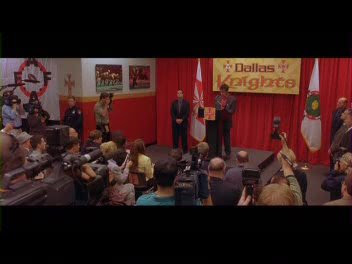 Above Al seems to address various dignataries while below we get a good glimpse of their logophenalia - 3rd eyes and Templar Crosses , all enflamed.
To complement the snapshots of the Cowin Knights [ see last post ] where the wearers of the colours are green Venus girls the Dallas Knights play the Mars-boys.
A Hard C for Co-win gives a K sound thus KK for Kowin Knights, Dallas Knights give DK - The TOWER and The SUN. The SUN acts as a RESISTANCE to darkness [ night] sprinkling light, morning , noon and night. The darkness = all that exists 'a priori' , the first 3 Tarot cards - The Fool , its container [ World] and the movement [Wheel] of AleFool within creating its own resistance D.
The DK also allows in Decay, implicit in the cycle of rebirth. D as the Tower = 1 of the Twin Towers. It resists the movement of Aleph-Life-Death-Pulse until on Sept 11 , 2001 an NRG projection penetrates its shell. The K looks like 2 Towers with one pushed in to touch the other.
DK strings one along further with the band DEAD KENNEDYS connecting all the conspirosynchronlogical dots back to the D-eath of SUN King - JFK, who died in D-allas where on Oct 3rd appears superstar Sun-King TUTANKHAMUN just before the election of either Father McCain - Mother Hillary , note the hill in Hillary, she's pregnant with - Barack [ blessing] , the Son. Could be a Co-win. 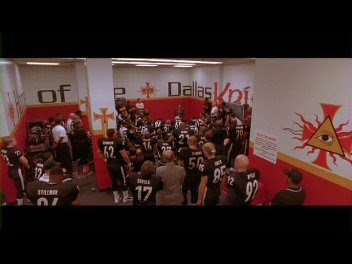 Concrete Junkyard in hir snapshot catches KNI which I have also snapped in the pic heading this post.
The bright Eye-in -the - Trinity leads one to the 3rd eye, exterior symbol of the PINEAL GLAND [ HiDDen [g]LanD].
John, boy-man , deliberates over his present state and remains unaware of the Queen's Knight to King's Pineal Gland move that might even outwit Bobby FISHER. John sits clothed in a shirt of FISH-SCALES implying PISCES - the final trans4mative symbol of the ZO-D-AK, the fishes reminding him of his interrupted sojourn in his mother's twomb, floating in a sea of AMNiotic fluid
The shirt might constitute modern CHAINMAIL linking into the Knights agin 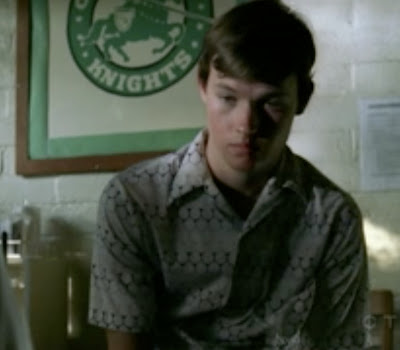 Perhaps he mulls over 'she' - The Mother of John's mother, too young and inexperienced, unmarried who lets john go into adoption. 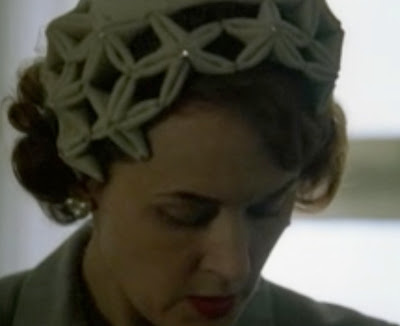 Her headress makes her Nuit, the mother of all , her arched body containing all the stars , all the life. often seen depicted on the ceilings of egyptian wombs, 'she' adorns herself with starry wizdom.
She resembles the Statue of Liberty , in that she wears a Crown, who many consider the Lady ISIS
Posted by aferrismoon at 5:17 AM

Hi Mr. Ferris. Your posts always unlock strange doors in my brain. Ferris wheels rotate, spinning up the NRG. Everything rotates... except one thing - the moon. Not playing along?

I have a fan made by Honywell that rotates, spins up a good little tornado. Fans worship their stars, fanning the flames. "I'm your number one fan". :-)

With F turning to P in Euro and Semitic languages Fan's a PAN.

Interesting Moon info. It might have a hidden Ferris wheel inside.