The Bower of Tables 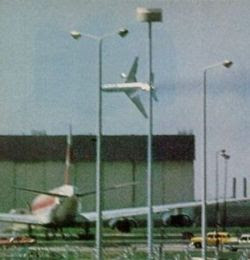 A few numerical psinkers from the Tower of Babel which crops up, or attempts to, in Genesis Chapter 11 verses 1-9. The tower does not fall but is 'left off' once the confusion of languages occur. This comes from translating the bible-torah eVent into 'words', which can do naught but compare. While the various peoples building a Magdul [ MGDL - 77] or Tower to YHVH spoke in a language they could all understand -numbers- they could get on with evolution. This language still exists as a World-Around-Language-Integration-System [WALIS]. Importing the Torah through numbers doesn't create the present word-based fallout that has emerged from the Bible -Torah. Words aren't inherently 'bad' but certain conditions arise from their use esp. when talking ab-out the Deity [which is IT/2]. The words change meaning over time, from geographical region to region etc.
Ezra Pound felt that the Tower of Babel represented the advent of Phonetic [ Phoenician] language though which took language out of the hands of the Hieroglyph-using priesthood. Nevertheless the thrust of the Babel story implies the whole world had the same language and that can only be numbers.
Reading Buckminster-Fuller I get the feeeling that he feels the Navigator-Priests created 'unlucky' numbers [ esp. Primes] to dissuade people from using them. In the Renaissence mathematicians like John Dee had to balance their use of numbers in case they got fingered or digitised as 'working with the Devil'. Even today people have seen me adding numbers and said that it'll send you mad.
while I admit Technology gets misused in itself it's not evil , yet there remain those who despise it's very existence, the Witchfinder Luddite Nihilists. The essence of this fear for numbers comes arises as they can't 'lie'.
a bible of numbers destroys the idiocy that the one true faith belongs to a tiny amount of humans who understand Hebrew, Arabic, Sanskrit, English, Latin , Greek etc.

The Lord confounds the language in Ch.11 v.9 and the word BBL the Torah mentions twice which loops it back to the synchro about Laura and David in the previous blog. This verse has 19 words and uses 58 characters. When I add all the words numerical values the total = 3629.
3629 = 19 x 191
Thus Ch. 11 v.9 uses 19 words which total 19 x 191 [ every number except 9 = Prime number]
While checking out 191 I see 5 aircraft with that number have crashed, the most recent on Aug 27 , last year.
19 = ChVH - Eve, the mother of all, so an idea of a new birth. Carlo Suares called the Babel episode a premature birth, humans have to 'go through' a learning process and acc. to Suares it had not occured. [Cipher of Genesis -Carlo Suares]
BBL [ bevel, baybelle] - B = in, a container, BL=Lord, LB = heart. BBL comes to 34 [ 2 - 2 - 30]. Evidently we have this double container BB and a controlled movement L [ this letter is called LMD which means an ox-goad]. Humans enclosed in the conditioning of their conditioning leads to a controlled and measured movement, the building of a tower.BBL is mentioned chapter 10, as one of the cities built by Nimrod. Following his building efforts we get a list of the generations of Noah within which we are told that the earth and its people are divided. Then in Chapter 11, without warning, we are told that the people all speak and live as one, wishing to establish a place for themselves.These contradictions prove farcical if left in a linguistic form. Acc. to Carlo Suares the Hebrew grammar is unusual even for native Hebrew readers, which to him , lends evidence to the top-order relevance of the numbers.
BBL = 34 = 2 x 17
2b continued
In the photo of the plane I notice that it's very visible and much of the details can be seen. Quite unlike the planes that 'flew into' the WTC towers.
Posted by aferrismoon at 6:34 AM