Below an addition to my 2010 EarthQuake map. Using a broad stroke it seems that Concepcion lies on a fairly straight course from haiti, taking into consideration that the map's flat though the world isn't. 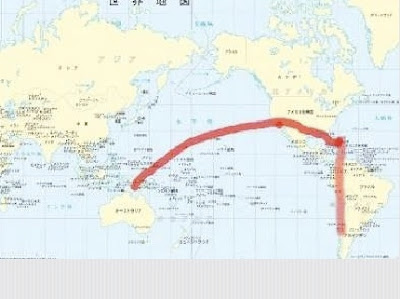 The map shows the first 'quake of the year in Solomon Island [6.5], followed by a similar sized one in Eureka, California, moving off to Port-Au-Prince, now at 7.5 to burrow direct to Concepcion, Chile at 8.8

As I don't practice seismology, geology etc., I still wonder if humans have direct involvement in these subterranean eVents. Technologies on this planet exist far beyond the uninitiated's imagination, or perhaps only within imagination.
R.Buckminster-Fuller assumed , by watching the scientific trending of 'accelerated acceleration and progressive ephemeralization [ doing more with less], that humans would be able to travel via radio-frequency, something akin to StarTrek teleport, by the mid-80s. He also claimed that satellites able to measure human emotional responses to world events could be measured and thus manipulated.

In OCCULT MOSAIC's post "Rise of the Black Phoenix. The New Extreme Conception" , he writes:
"If Concepcion was hit before Haiti we would have a linear and infallible pattern, however it didn't, but really it doesn't matter. The first 2 major earthquakes of 2010 have the underlying theme of birth and monarch. Concepcion, Chile is named after the Immaculate Conception (King of Kings) and "Port au Prince" the Capitol of Haiti Represents the Monarch."

He relates this Black Phoenix theme to Prince William who has of late dyed his hair blacker, while apparently his bald patch has , like the Phoenix, regrown.

This raises ideas of the BLACK PRINCE, Ist prince of Wales, Edward 111 and bringer-inner of the motto 'Honi Soit Qui Mal Y Pense', to which I can only reply Pax Vobiscum, and the Garter Knights

Wales is not the correct name for the country, 'Wal' being Anglo-Saxon for 'foreigner' , and consequently, at that time, 'slave'.
The country's name = CYMRU

Cymru sports the Red Dragon as does the Book of Revelations 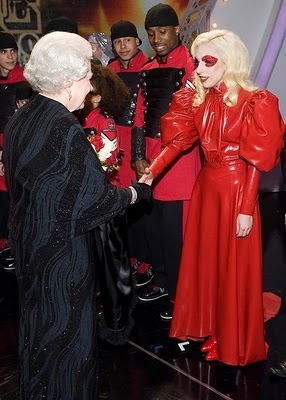 Substance D7 at the Synchromystic Forum wrote this:
"Gaga - this name here in Serbia is often given as a nickname form to the DraGAn or female Dragana persons, which is one of the more frequent names here. So the name is probably derived from the Dragon. So she(it) is Lady Dragon."


If occult matters hold then perhaps a reverse of life - King to Prince, Man to Child, sped up film played backwards

For many things WILLS zip off to NEWSPACEMAN who has written often about the coming King of ZION-BABALON , William Windsor.

156 - 13x12 and has something to do with the Tablets of Enoch, doubtless some biblical medication

In 'Shekinah Rising: The Missile Defence logo "Controversy", Secret Sun investigates the symbology and connexion related to the logo

In Zilberman's Hebrew-English Dictionary Zion [english] has 2 translations - Zion and Israel. One of which quite patently is not spelt Zion

"And it came to pass when Moses held up his hands Israel prevailed: and when he let down his hand Amalek prevailed. But Moses hands were heavy ; and they took a stone, and put it under him, and he sat thereon, and Aaron and Hur stayed up his hands, the one on one side, and the other on the other side: and his hands were steady until the going down of the sun." 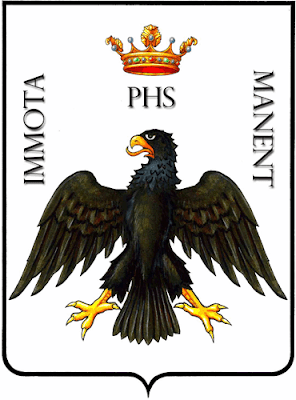 Usin the eagles in tandem they begin to fly


" Still me with you, you poor chilled! Will make it up with mother Concepcion and a glorius lie between us, sweetness, so as not a novene in all the convent loretos, not my littlest one of all, for mercy's sake need ever know, what passed our lips"
Finnegans Wake; p.527-8


"Who despises the day of small things? Men will rejoice when they see the tinstone in the hand of Zerubbabel"

du commment
Posted by aferrismoon at 1:46 AM


"Who despises the day of small things? Men will rejoice when they see the tinstone in the hand of Zerubbabel"

I sea the Syncly, Syncly Task Force seems to be hot on a regal trail.
Perhaps a mix of technology & ritual is at the core? Magic being the science of yesterday.

Cheers Ray , and on doesn't forget the Mumbai coords

Thanks NSM, Little LooSea[t] never fails to flush things out

“Wow” you are a genius for sure what great ways to get ranked high and obtain good traffic flow from your article. Thank you for sharing your information it was very good reading for sure. I am looking forward to any more of your articles you produce in the near future.
studied home

"Substance D7 at the Synchromystic Forum wrote this:
"Gaga - this name here in Serbia is often given as a nickname form to the DraGAn or female Dragana persons"

"A mysterious image of a coiled snake has appeared in a 16th century painting of Queen Elizabeth I, the National Portrait Gallery has said.

"The Tudor queen was depicted with the snake clasped in her fingers in an original version of the work, but it was replaced with a bunch of roses.

"The paint has deteriorated over the years to reveal the serpent's outline."

The swastika shaped cauldron,
through the 18 magical letters,
set the names in order/chaos,
in man, micro and macro,
the circles great and small.

Haiti is 18 above, Chile is 36 below. San Andreas and New Madrid are both 36 above. The skin of a snake is pentagonally shed. The luminous sun within is at play with the lumnious sun without. The great dance of the circle is about to become naked and unashamed again.

Those so long hunted and made underground by the Church universal and her shadow governments are about avenge the piles of corpses, piled so high, so long. After vengenance is mine sayeth the Lord.